I bought and prepared some food a few days prior to buying the dry ice.

I separated each foodstuff and froze them in our regular -18°C freezer. I cut the ice cream into slabs approximately 15-20mm thick. I cut the mango and kiwi fruit slightly thinner for no good reason. I left the berries whole. At this point I noticed I'd accidentally bought low-fat ice cream. I think this will give a better, crunchier result, but I generally loathe low-fat foods.

I also filled some PET bottles with methylated spirits and put them in the freezer to give the cold trap a running start. I didn't want to use up lots of dry ice “coolth” by bringing the metho down to -70°C from room temperature.

I took the boys with me to IcePac in Woolloongabba. They were slightly more expensive than another nearby supplier but they had their prices on their website which I want to support. I bought a 10kg brick for AUD$58, plus a bag of normal water ice for general purpose chilling. 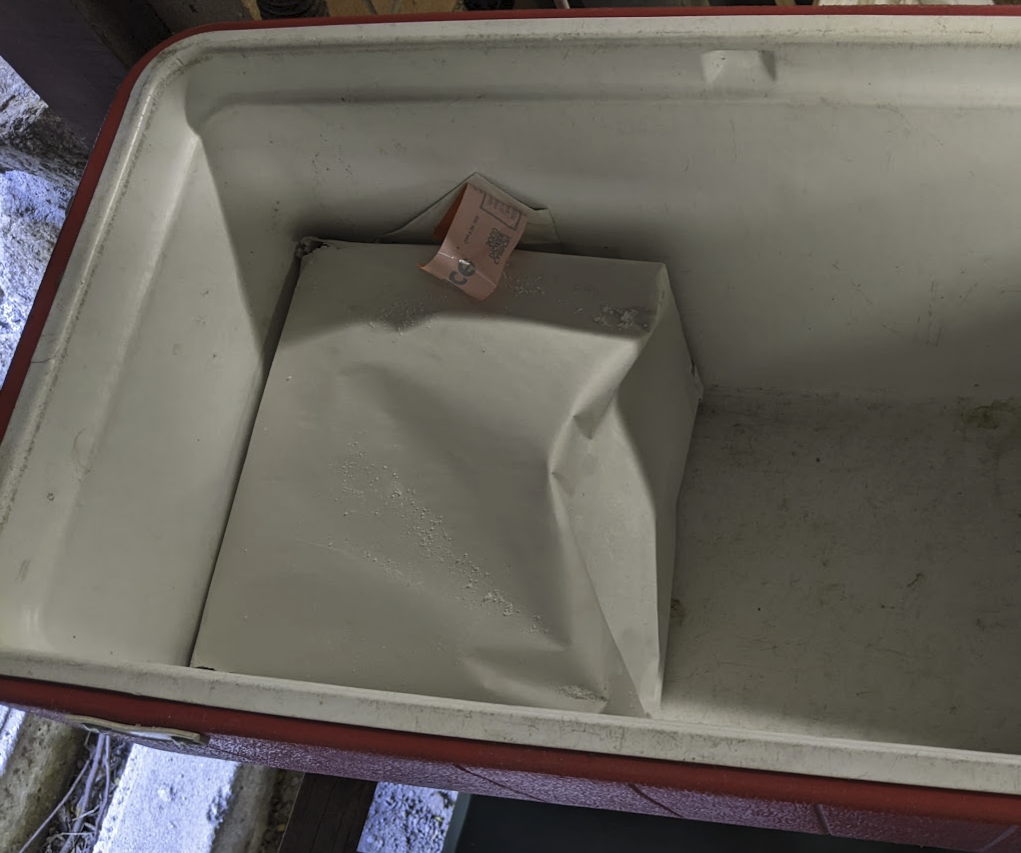 I set up the ethanol and dry ice bath, double-bagged the ice cream, and floated the ice cream on the bath. The food ideally should be at -35°C at the start of the process, but I couldn't see harm in it being too cold. I figure it might just take longer to get started.

Breaking the dry ice brick into bits was harder than I expected. I hit it with a welding hammer and was rewarded with a shower of dry ice flakes all over me. Fortunately I was wearing my safety glasses and the kids were at a safe distance. I found a hammer and chisel worked well, producing large chunks that were easy to handle. 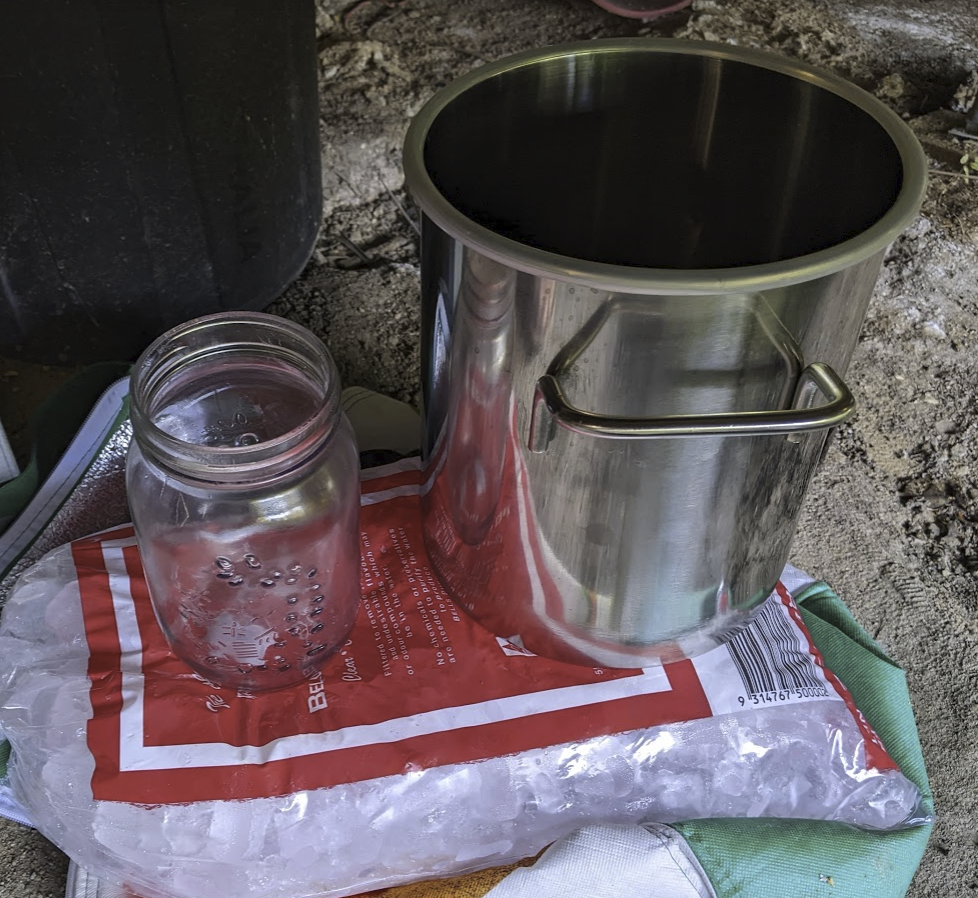 I pre-chilled the cold trap jar and food pot prior to setting everything up. 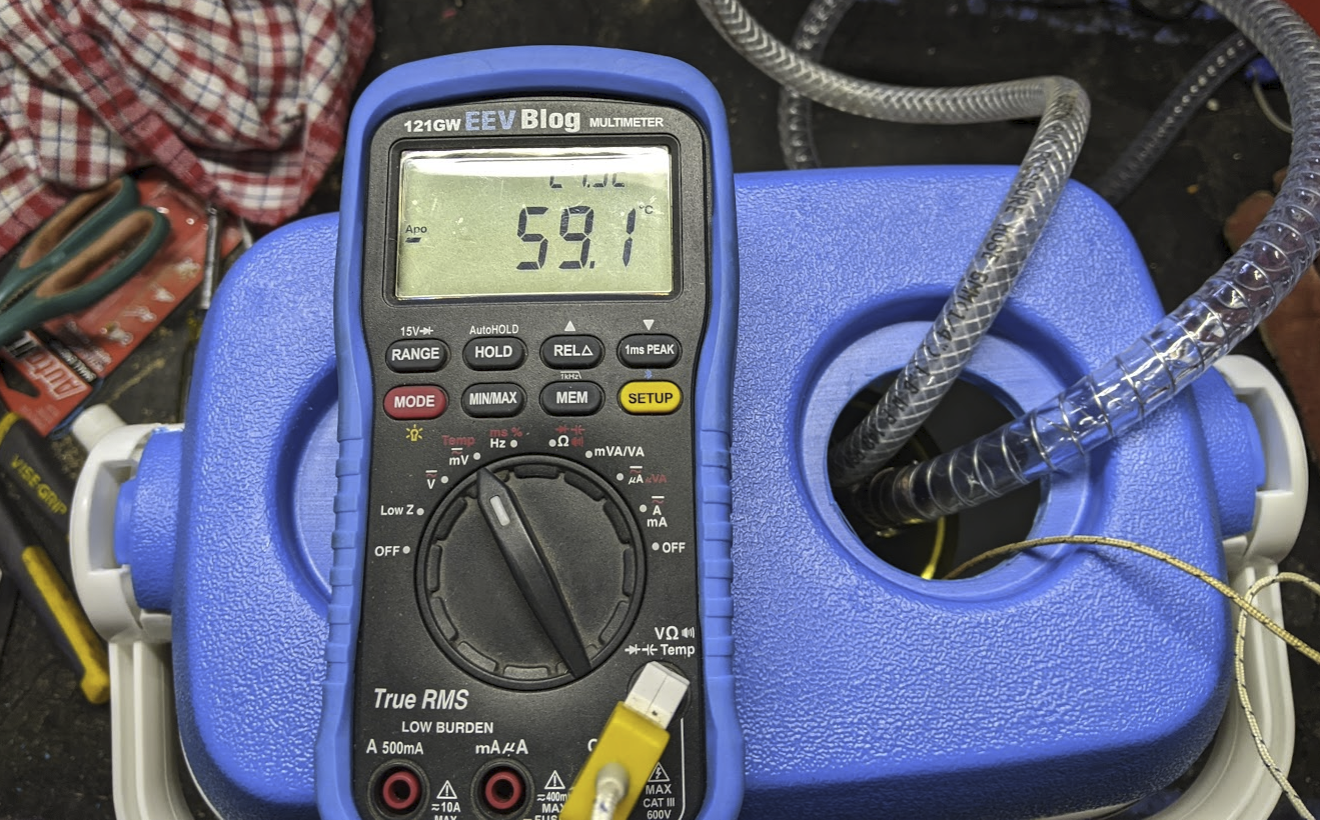 The bath coming down to temperature.

Once the ice cream had been in the cold bath for half an hour or so I turned it out into the chilled stainless pot. I put the cold trap jar into the cold bath and it instantly cracked right around the bottom. 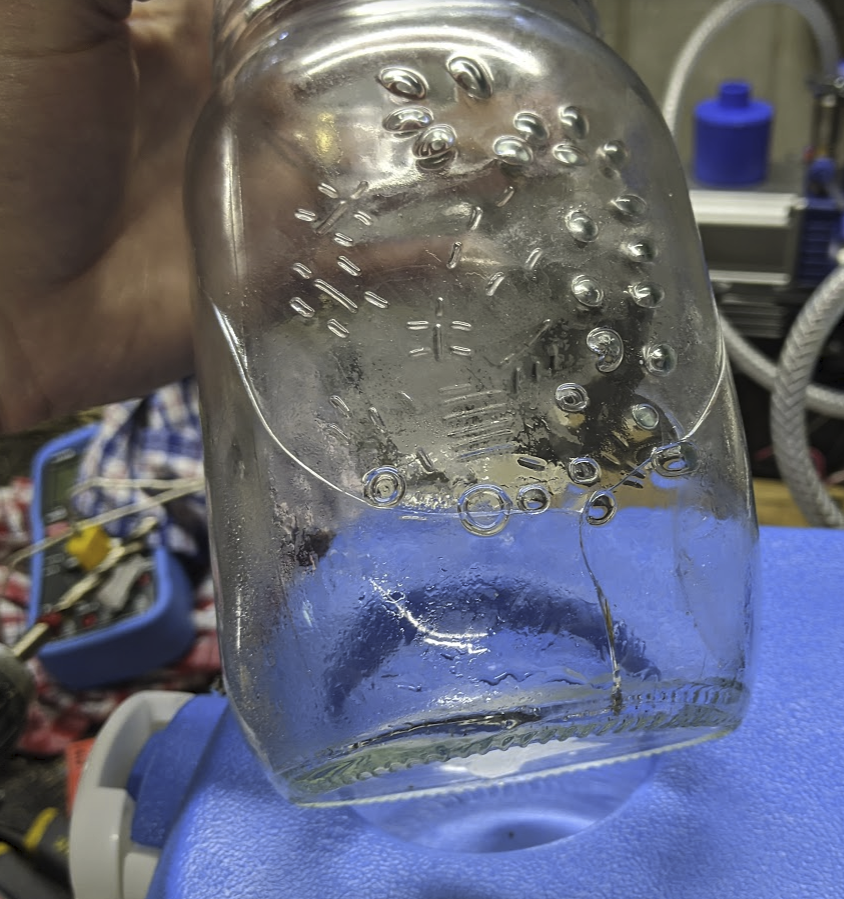 I put my spare jar (two is one, one is none) into the big esky with the dry ice, along with the stainless pot and ice cream, to pre-chill. After another half an hour or so I set everything up again. The pre-chilled glass jar didn't crack when submerged into the cold bath. I turned on the vacuum and waited.

After an hour the ice cream had started to melt a little as the pot absorbed heat from the environment. I put the pot into another esky and filled it with the water ice to slow down the melting. There was some condensation on the outside of the cold trap esky so I put a sheet of insulation foam underneath it to slow down conduction from the tabletop. Once the pot goes onto the hotplate I will put the cold trap into the bigger esky to insulate it further.

After about three hours the ice cream melted into a undifferentiated beige sludge. Poo.

I suspected the first attempted failed due to the small size of the pipe between the food chamber and the cold trap. I went to Bunnings (hardware store) and bought some fittings to make a 25mm interconnect between the two.

Luckily this pack had most of the bits I needed. 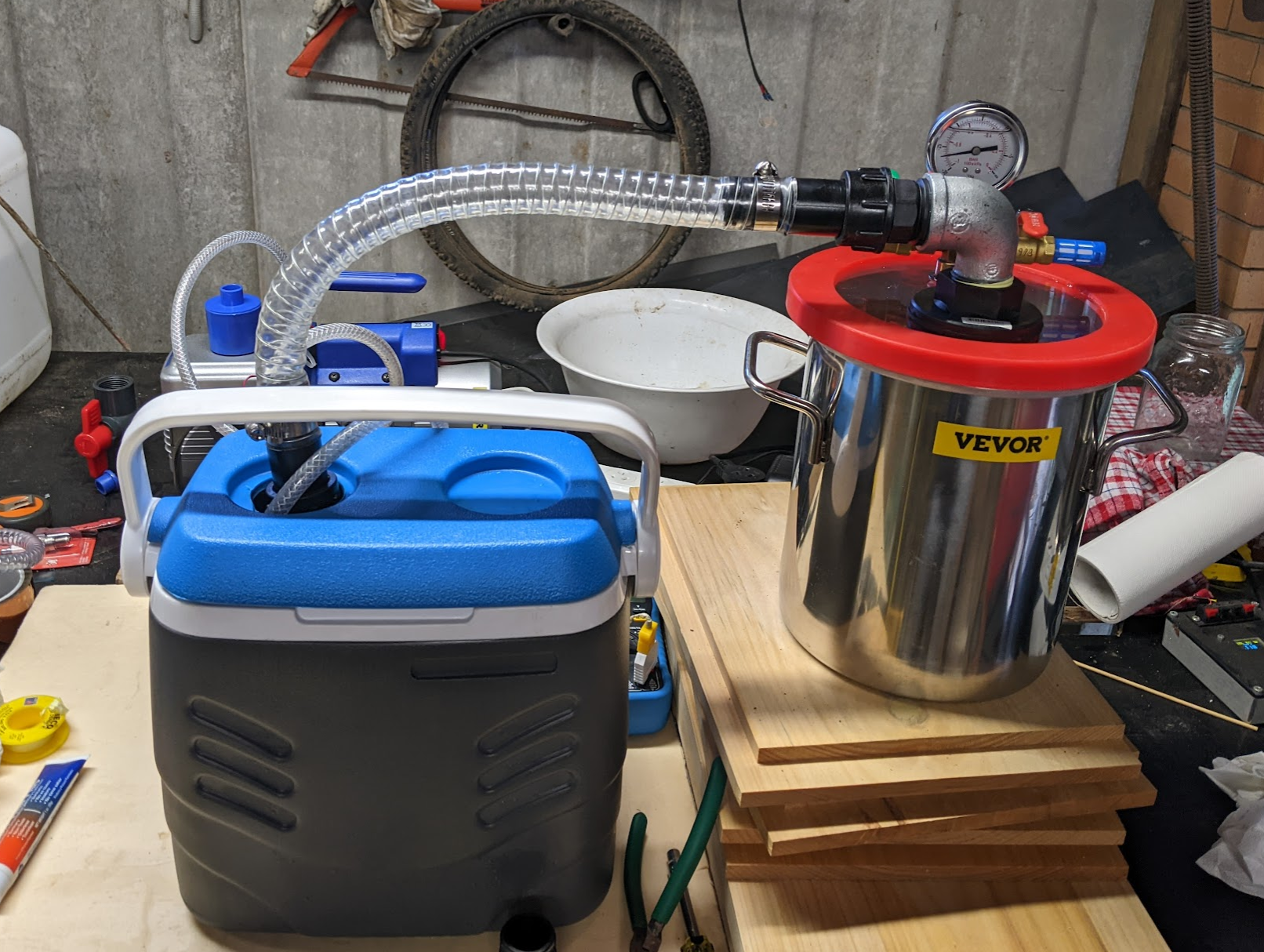 After a few false starts I managed to get the leakage under control. I pre-chilled the second batch of ice cream by putting it in the esky with the dry ice, rather than in the cold bath, to reduce the chance of contamination by methylated spirits. I bought a fresh bag of water ice and packed it around the food chamber, and sprinkled some salt into the ice to lower the melting point. I left it under a vacuum in the ice bath an hour or so until the surface of the ice cream began to develop a kind of foamy, crusty appearance. I took this as a sign that things were progressing well. About an hour later I took it the food chamber out of the ice bath and left it running overnight.

In the morning I found the ice cream entirely melted, and the pressure at about 0.4 atmospheres. 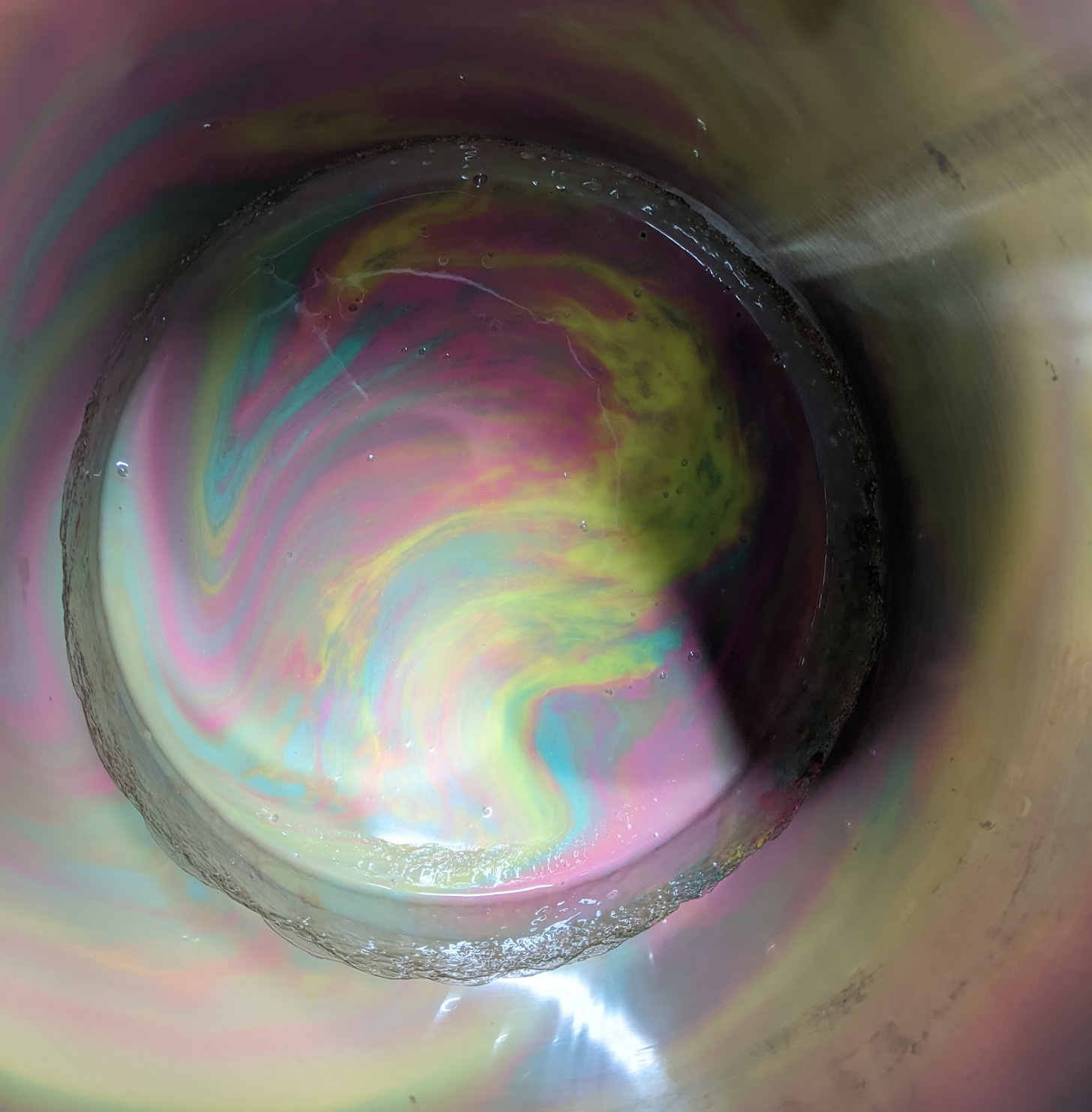 I vented the food chamber and tried to disassemble the cold trap, only to find it still under a vacuum. A solid plug of ice had formed at the top of the cold trap. 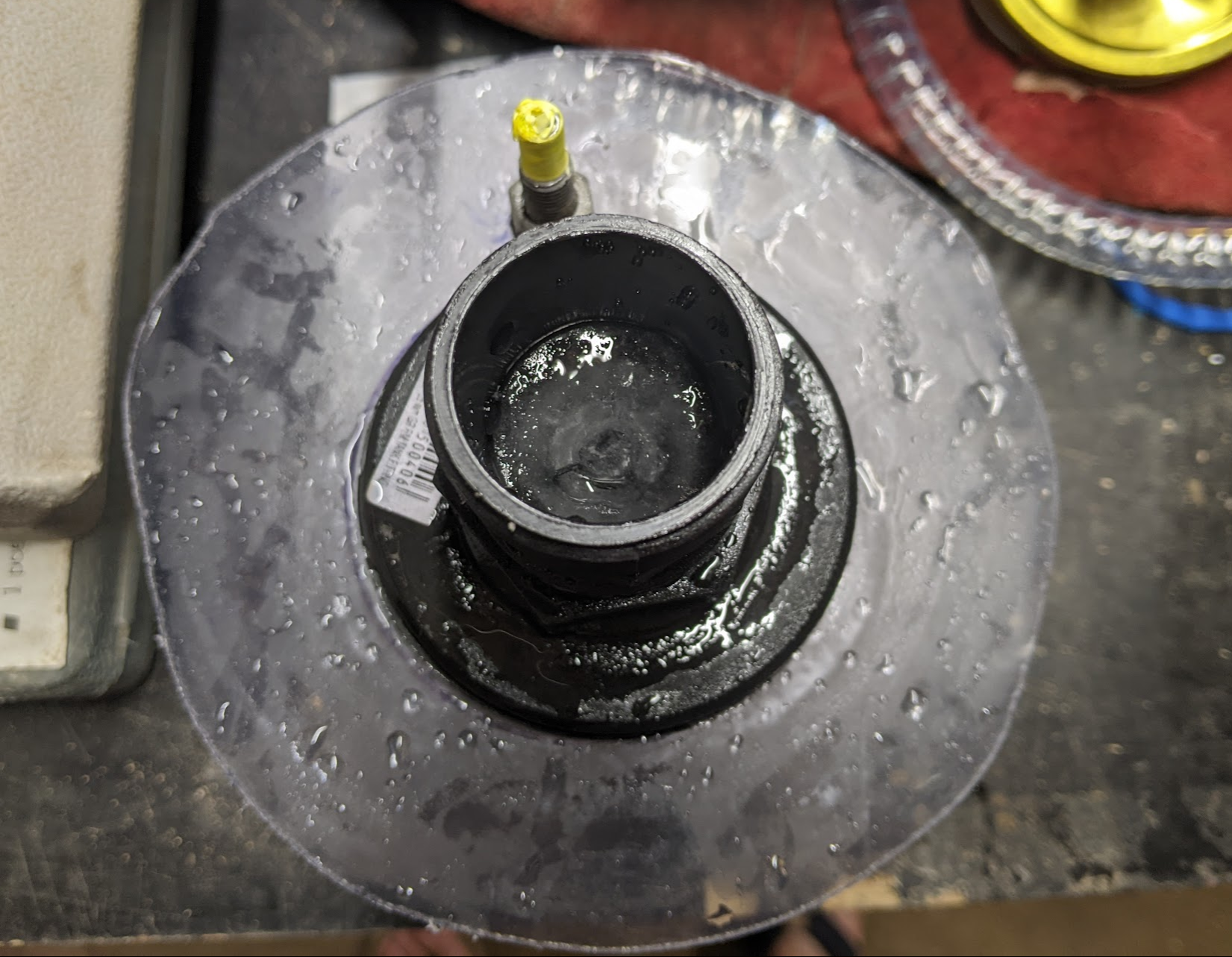 The pipe fitting kit I bought had two crude filters inside. I estimate they would let through an 8mm sphere. I didn't think these would cause a problem since the pipe fittings wouldn't be cold enough to condense the water into ice. I was wrong. I cleared the ice out and chiselled out the filter and set the system up again.

This would be the last attempt, as I was nearly out of dry ice. I pre-chilled about four strawberries and a dozen raspberries, then put them into the system with the last of my dry ice in the cold trap. After a few hours there was a fair bit of berry juice on the bottom of the food chamber. I put the food chamber into a 40°C water bath and the juice began to boil spectacularly. I could hear the dry ice in the cold trap bubble vigourously as it tried to keep up with the heat flux.

After a few hours the dry ice was gone and the cold trap was at around -50°C. I assumed it would not be able to do its job anymore so I shut it down and disassembled the cold trap. 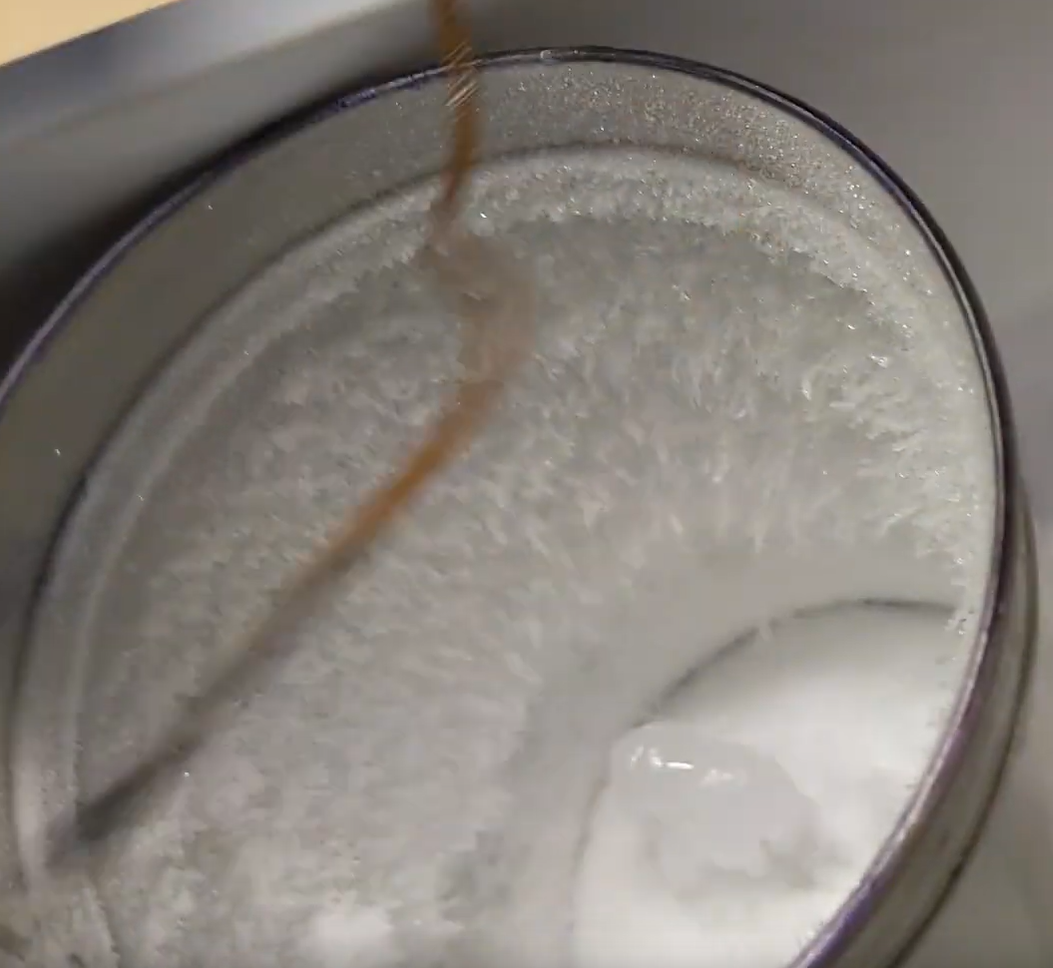 I was too excited to get a proper photo. 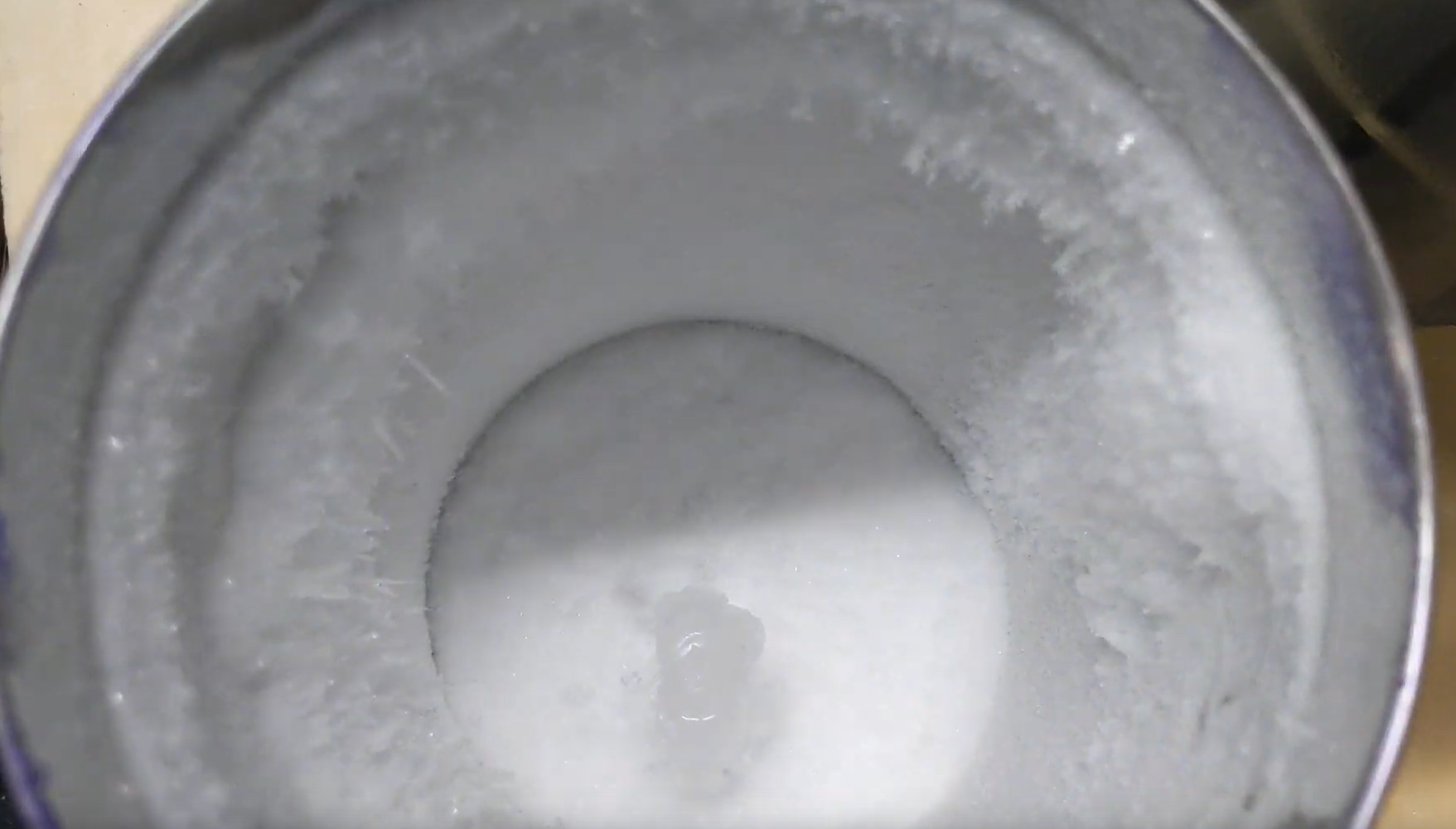 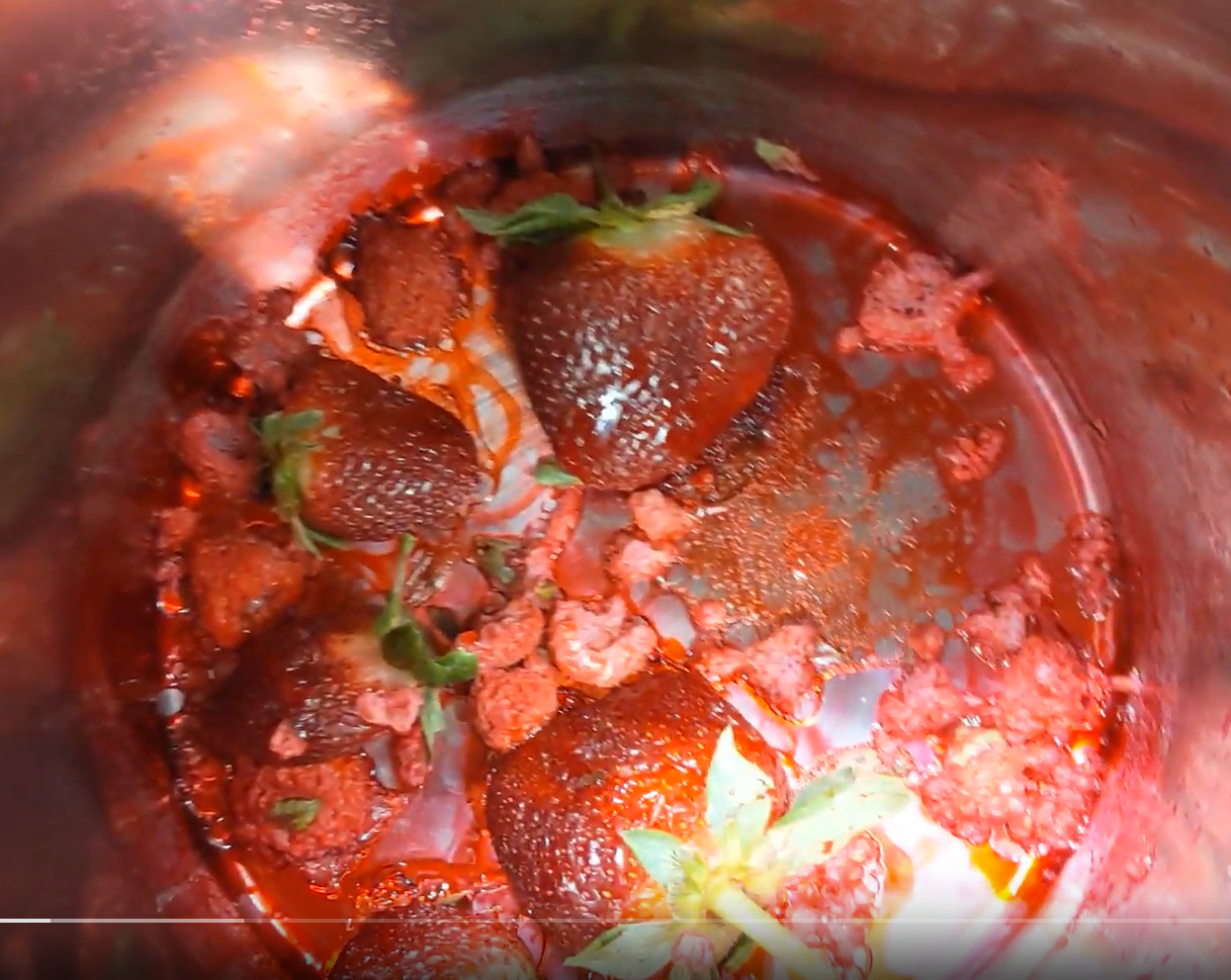 I ate some of the strawberries, they weren't nice.

I am going to try this again with less water volume in the food chamber, and a bigger pipe between the cold trap and the vacuum pump.