The message and the code to display the message on the LED must all live within the same 1024 bytes. I must strike a balance between efficient storage of the message, and efficient code to unpack and display that message. Cleverer code would let me crunch the message into less storage, but the code itself would probably take up more space to store the cleverness.

I aim to hit a middle point of moderate cleverness and medium message storage density. I think a decent approach is to translate the text to Morse code outside the microcontroller, to keep the display code as small and simple as possible.

I wrote a python script that converts a provided string into a series of hex bytes in a header file that the microcontroller code uses to store the sequence.

First we take an input message, like sos and translate it to Morse code:

Then we flip the bit order and store that as hexadecimal in a C byte array:

The display code is very simple:

There is some bit-shifty nonsense going on to pick the correct bit out of the sequence. Then we either turn the LED on or off based on the value of the current bit of interest. Then we increment the counter and wrap it back to zero if it went past the end of the sequence.

The Attiny10 has some options for reducing its power consumption. We can shut down the analogue to digital converter (ADC) since we're not reading any analogue values, and we can stop TIMER0 as we won't be using it.

The biggest power saving came from putting the microcontroller to sleep between “frames” of the sequence.

This approach reduced power consumption by the CPU and LED by around 95%.

I don't (yet) know how to read Morse code, but I wanted to validate whether I was blinking out the message correctly, and looping around at the end. I wrote some shockingly dodgy OpenCV code to watch the LED through a webcam and decode the Morse: 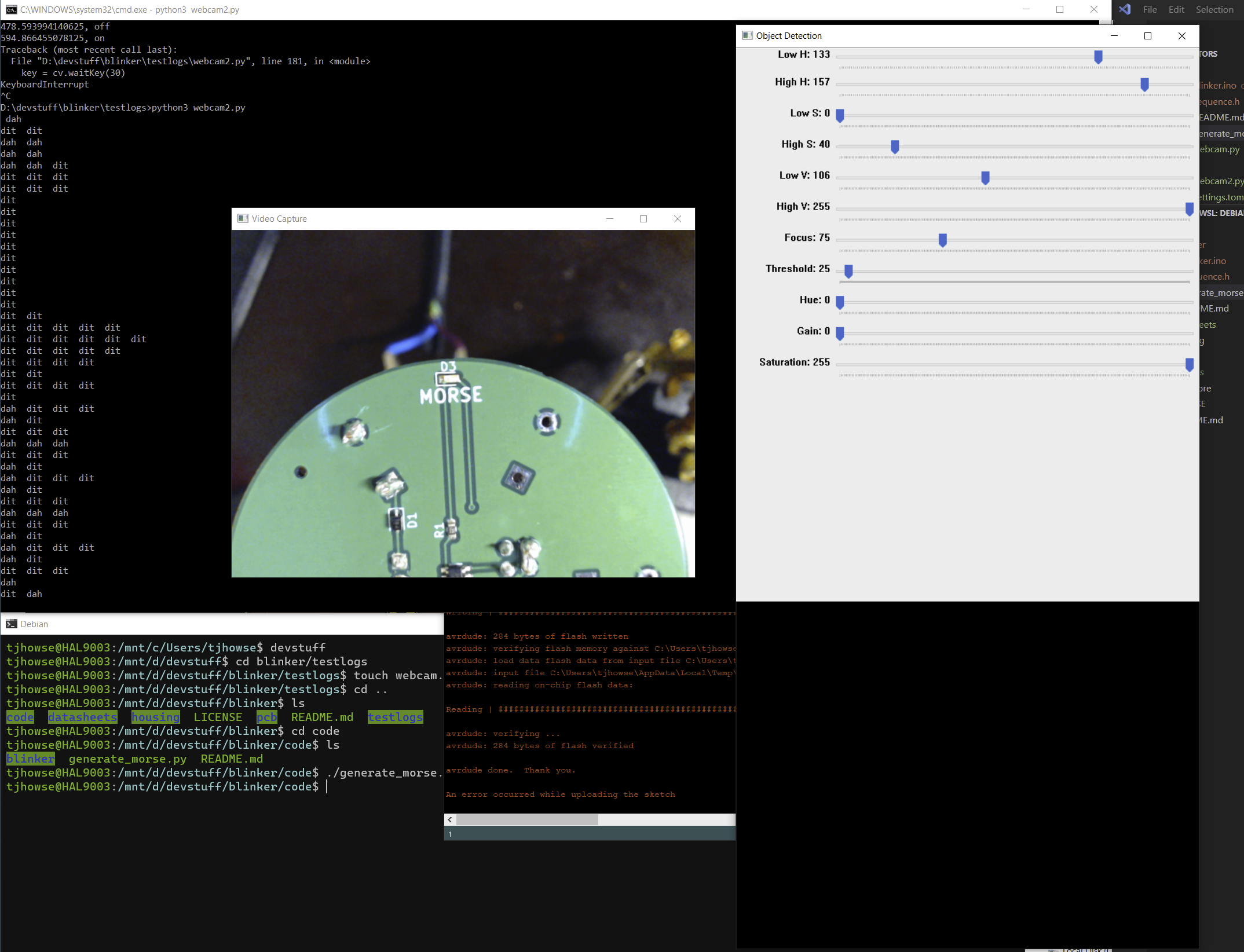 It worked really well! I fed some Lorem ipsum into the sequence generator and slowed the blink interval down to 500ms. I ran it for a few hours and it validated that everything was working as it should. During this testing I measured the longest message I could fit onto the microcontroller alongside the code to display it:

Switching from a Logitech C922 Pro to a PS3 eye let me reduce the dit interval to the final value of 125ms and still decode it perfectly. Fun!