I read that PVC started to get soft at 120°C, so I built my steamer out of 40mm plumbing PVC tubing, some elbows I had leftover from another project, an electric frypan and some MDF. 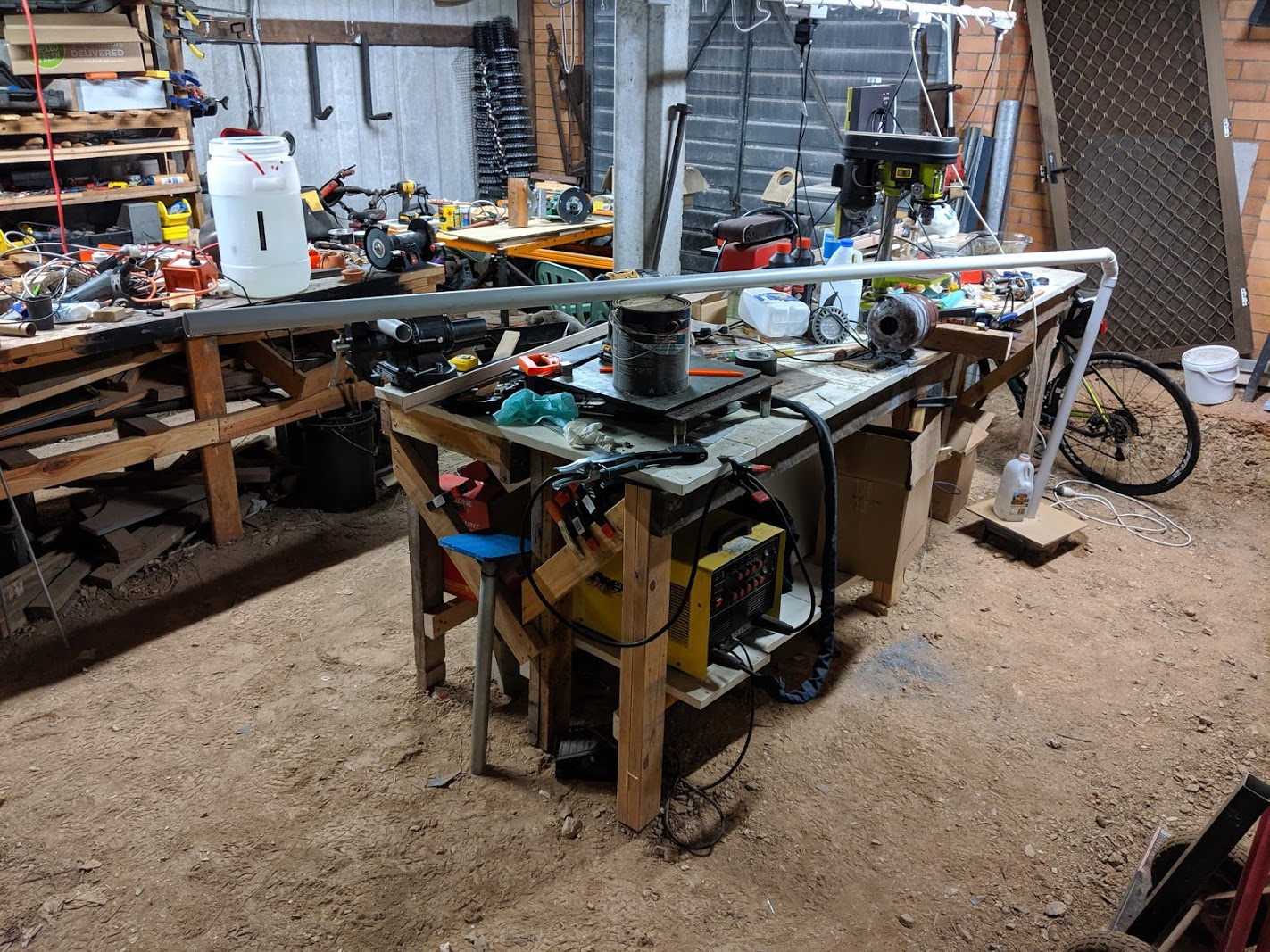 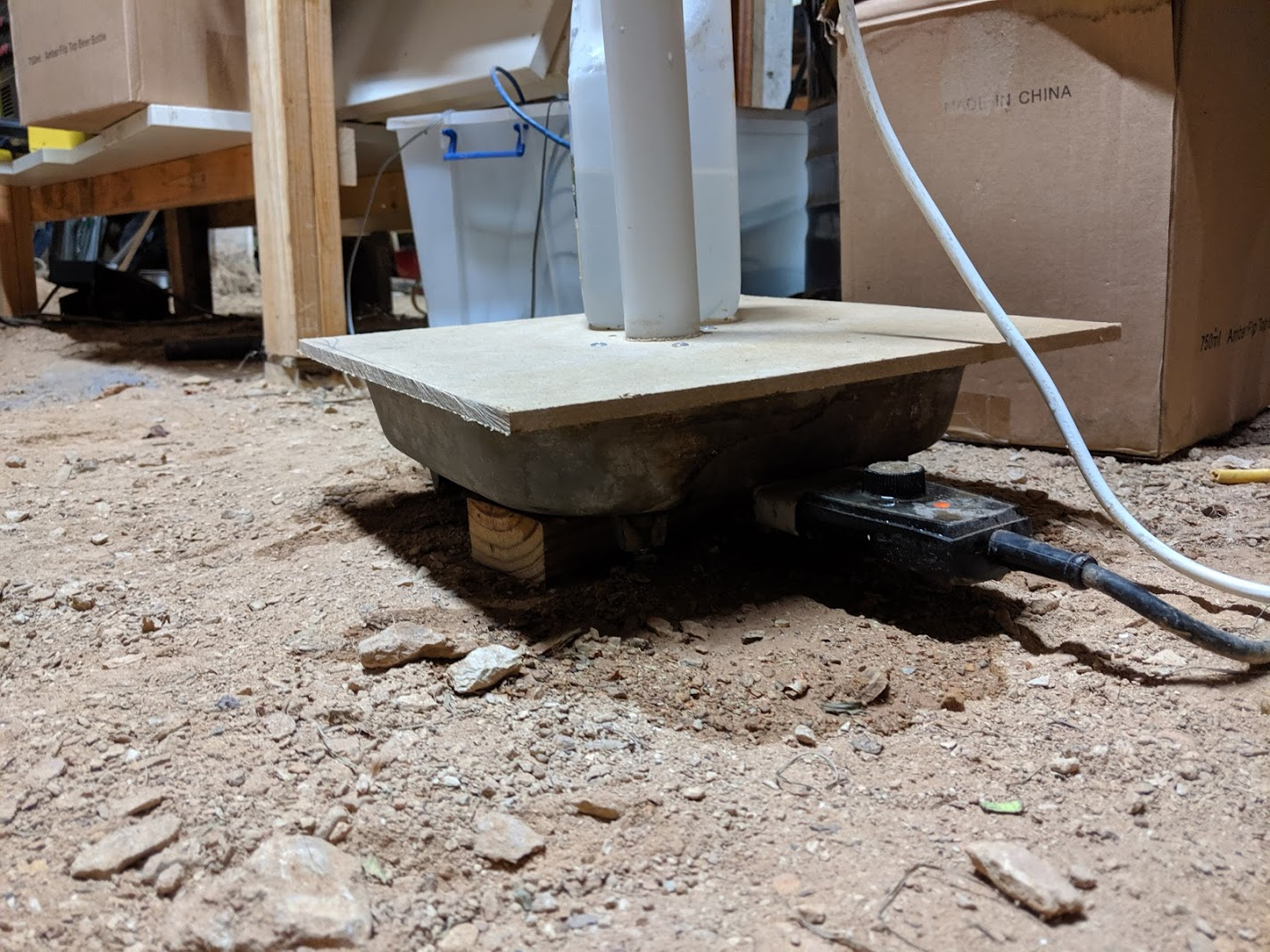 This steamed the wood very well, however… 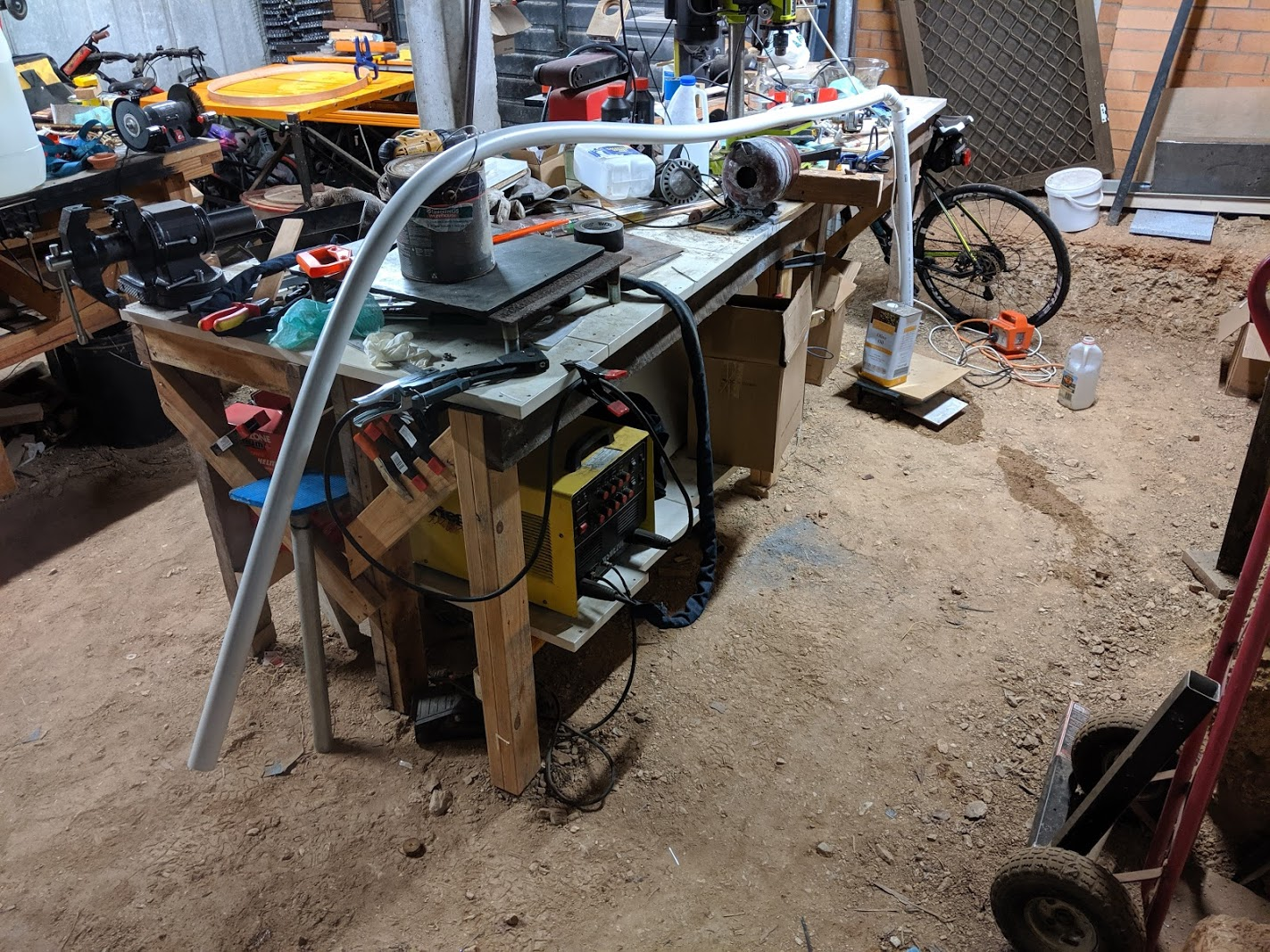 When soft the PVC did not have the strength to support its own weight. I rebuilt it later on to use the ground as support. 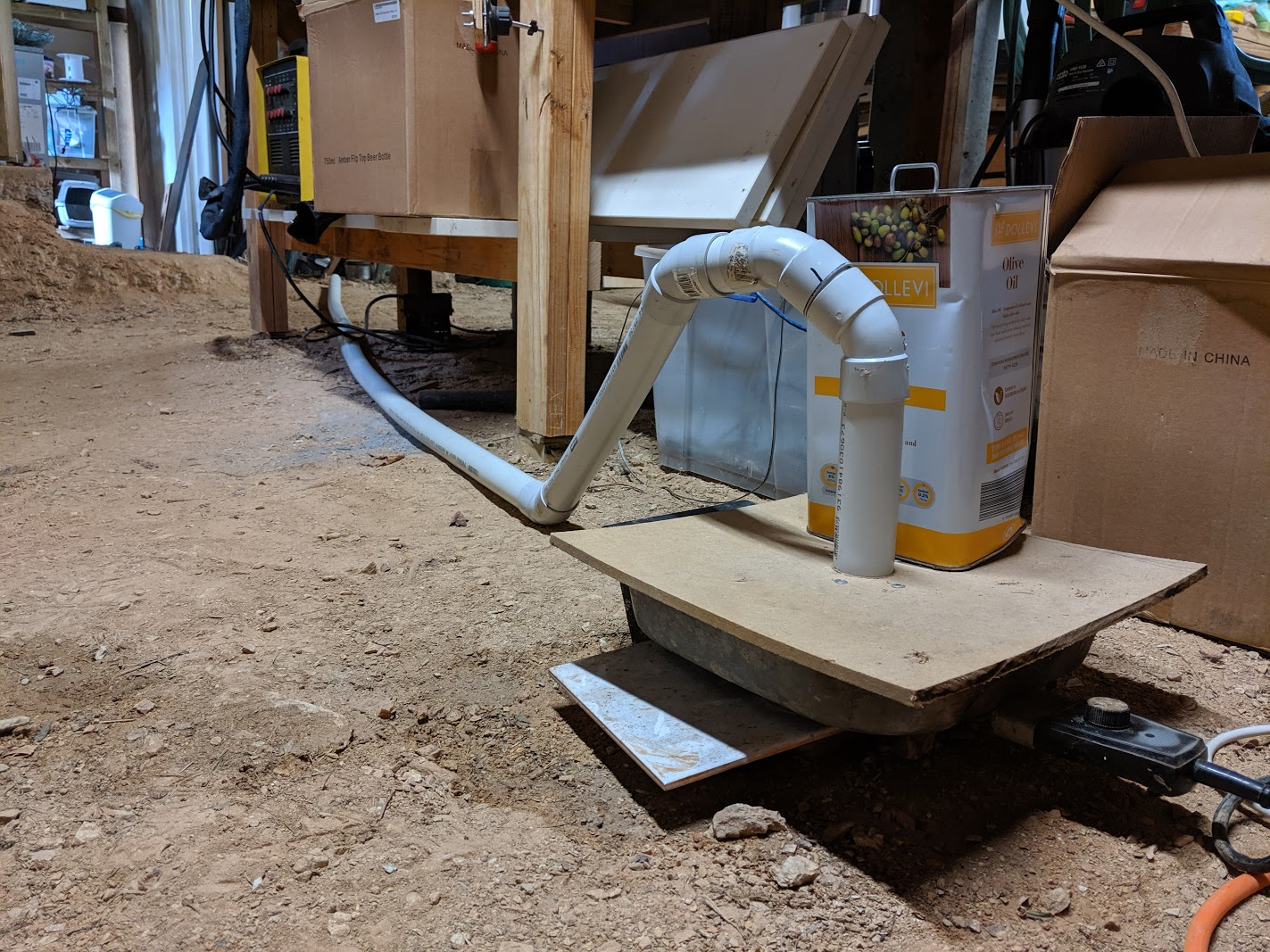 The results of the steamer were excellent. 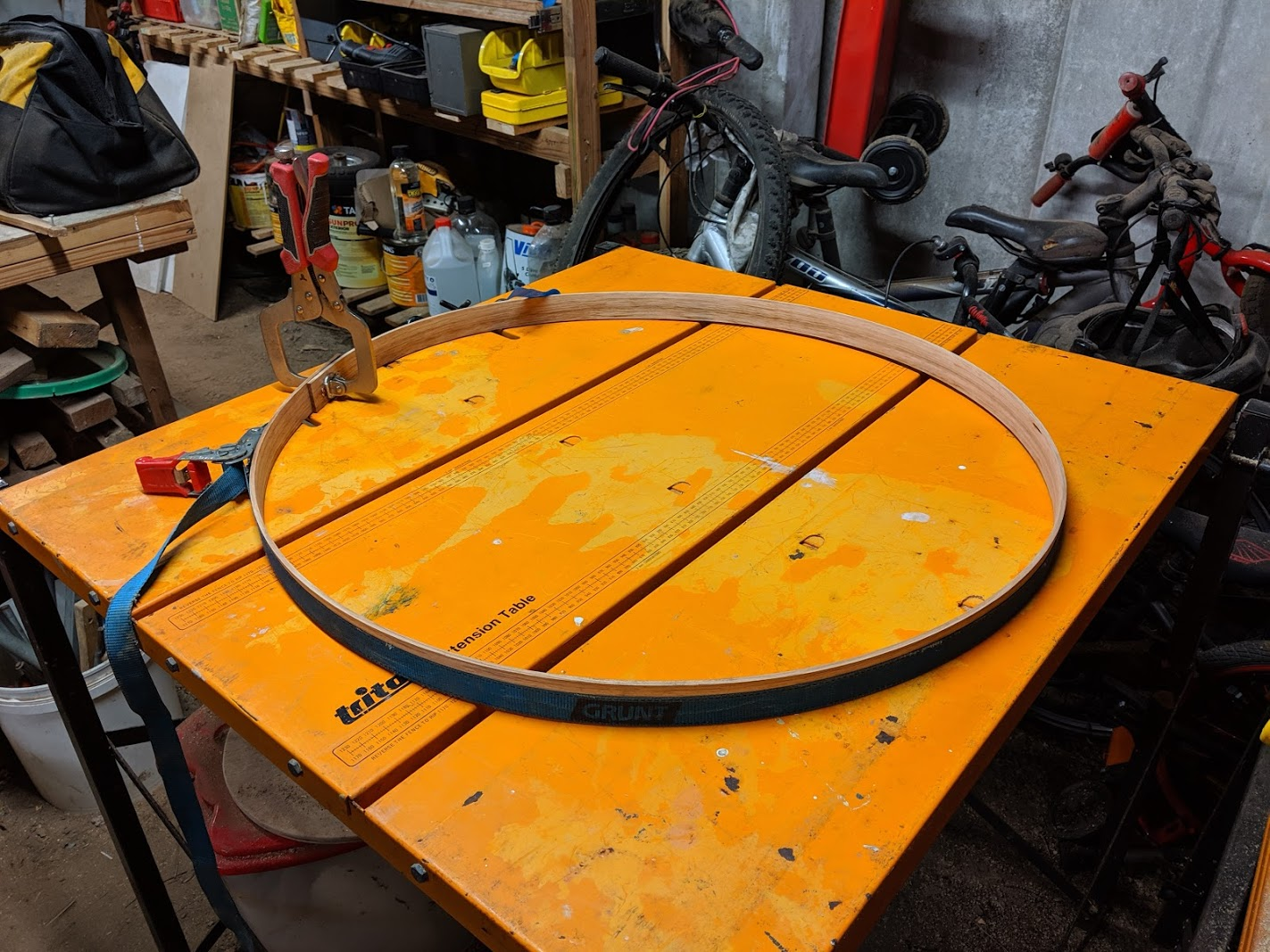 I overlapped the ends about 50mm and clamped them together. There was some minor cracking sounds as I bent it, but no splinters came loose from the surface. I experimented with a ratchet strap, as shown in the photo, but it didn't really accomplish much. I may use ratchet straps when attaching the rims to the base, however. I miscalculated the circumference of the board. I'll actually need strips 2394mm long, and these are nominally 2.4m. Not much room for error. I may buy another strip and do the edges in halves.

Oddly after the steaming I noticed a few spots of what appeared to be black mould growing on the wood. I don't know if this is actually mould, it would've had to have grown very quickly. I suspect it might be blobs of tar in the wood that spread out when it got hot. I'll see how it sands. 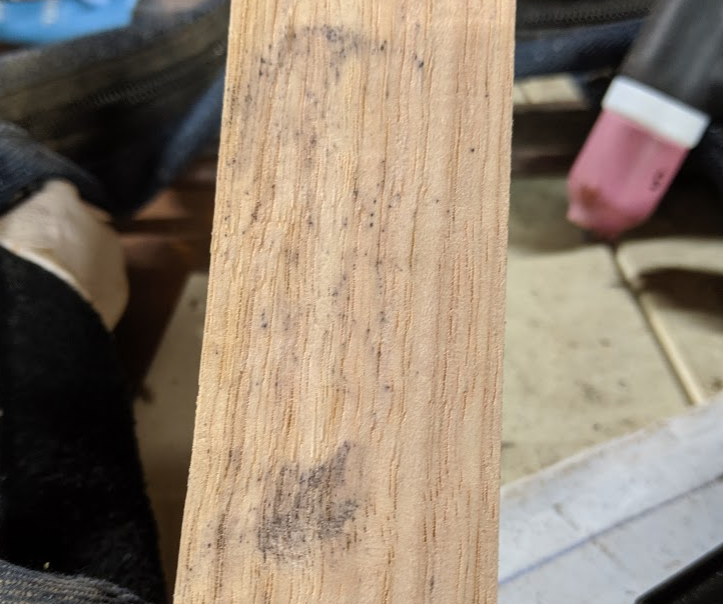 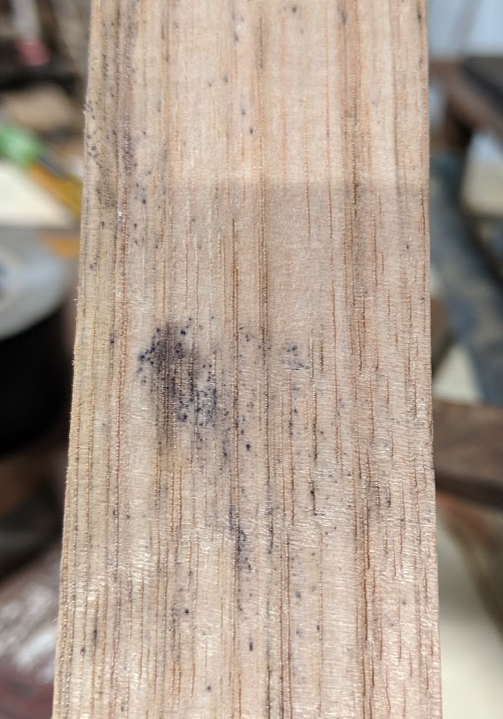 David Bell suggests that it is likely metal dust contamination from angle grinding or from the display racks at Bunnings, which then stains the wood when it gets hot and wet. I think this is the most likely culprit. I'll be sanding and staining this wood anyway, so hopefully I'll get away with it.