The Sandsara Kickstarter page has a nice little gif showing the internal workings of the mechanism. Here's a still from that gif: 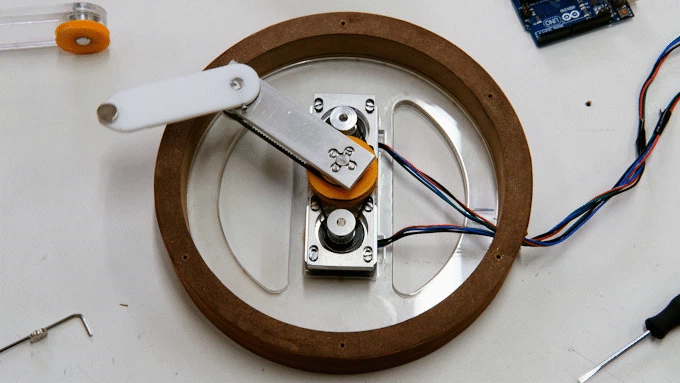 I have an old reprap mendel I've been meaning to either sell or dissect for parts. It's the grandchild of Adrian Bowyer's reprap, via HSBNE's printer. It printed my current printer a few years ago and has since been languishing on a shelf. It has four NEMA17 stepper drivers and lots of GT2 belt. It also has four Pololu stepper drivers. I also have a box of leftover reprappy bits. 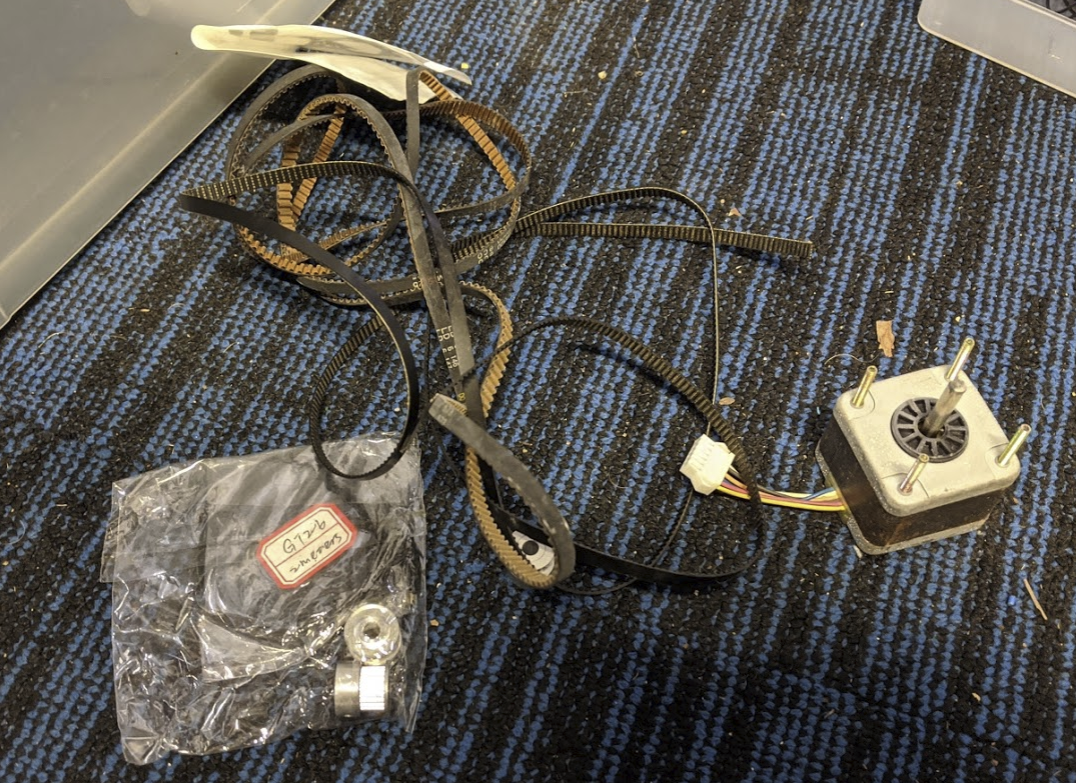 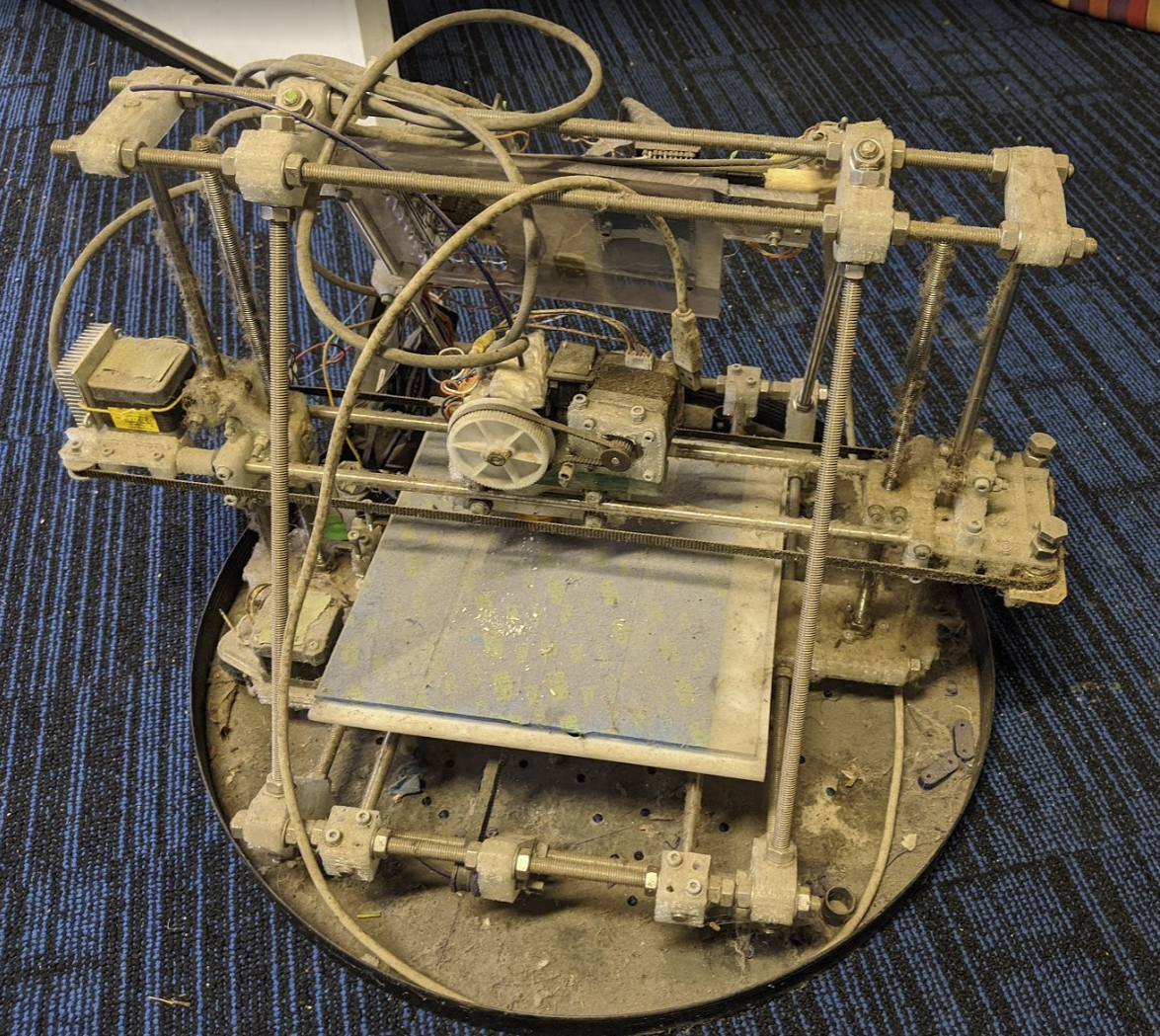 Old faithful. One of the first reprap 3d printers in Australia. 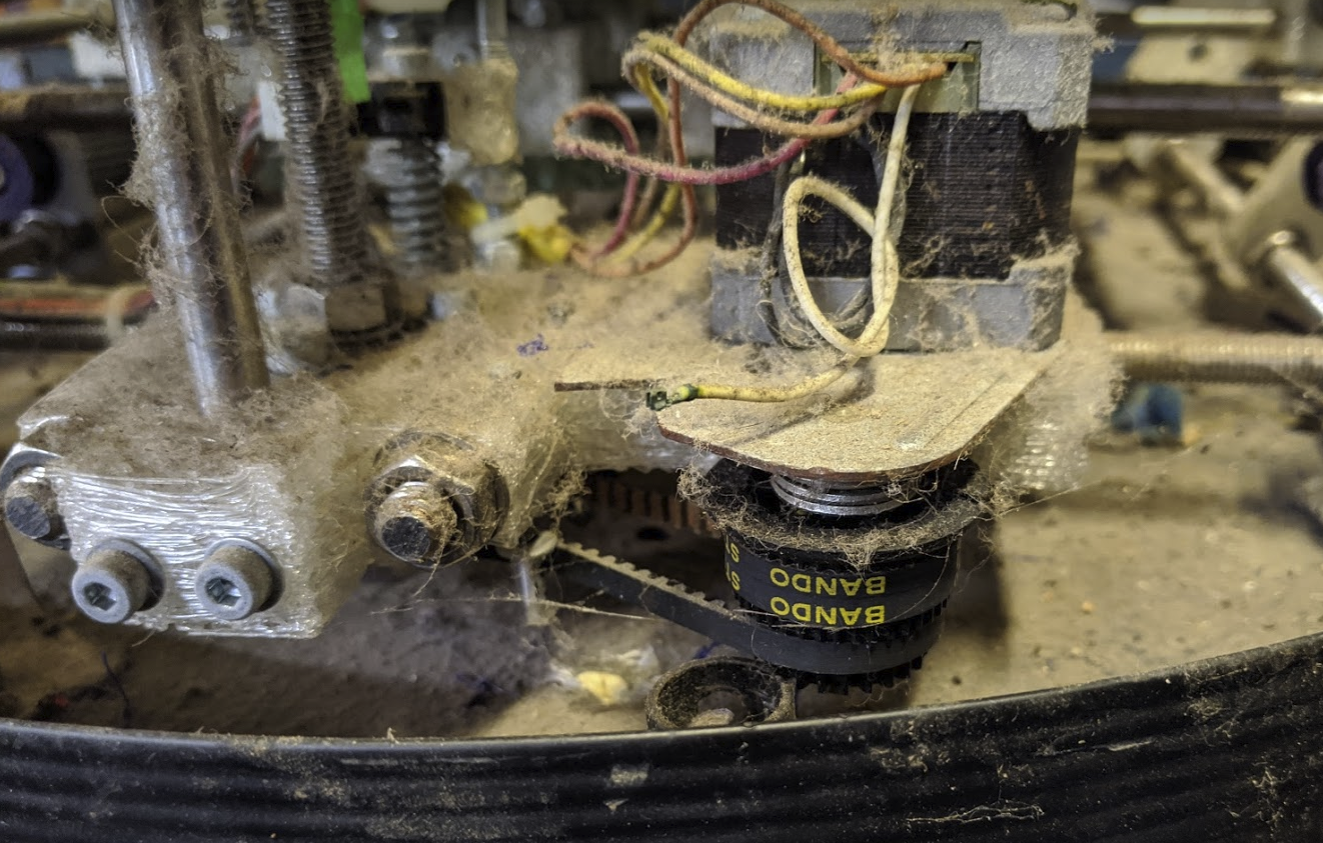 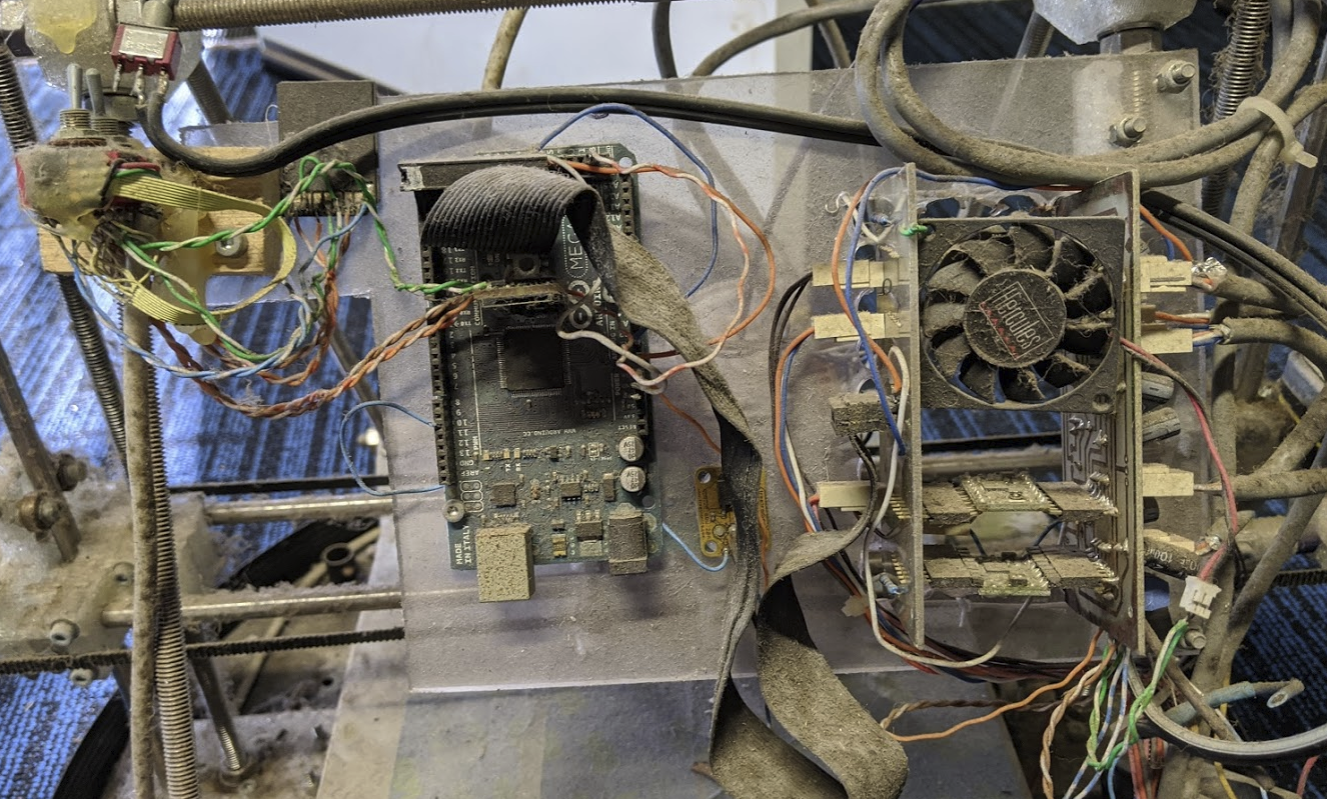 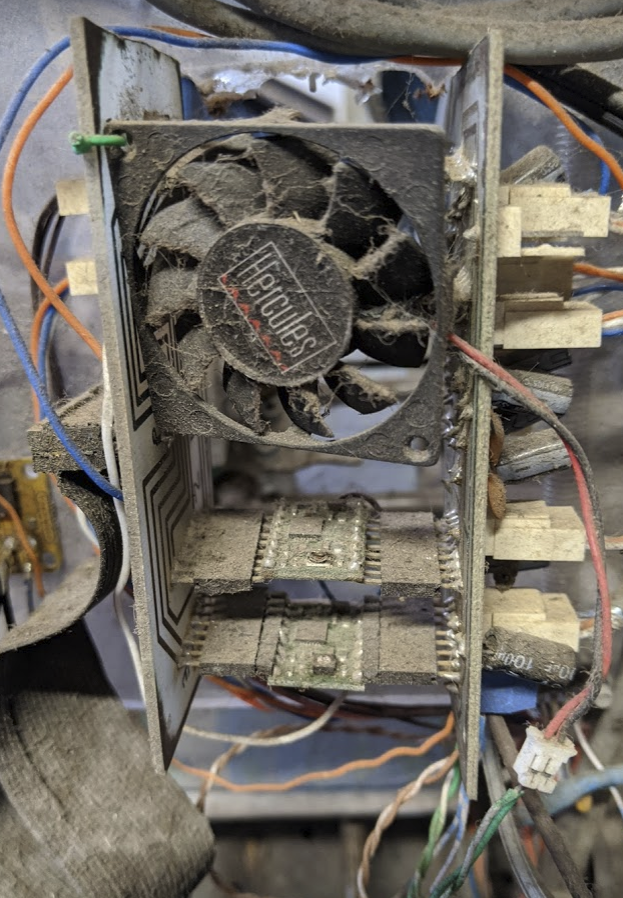 Very dirty. This is the old hand-made “sandwich” style of reprap electronics. 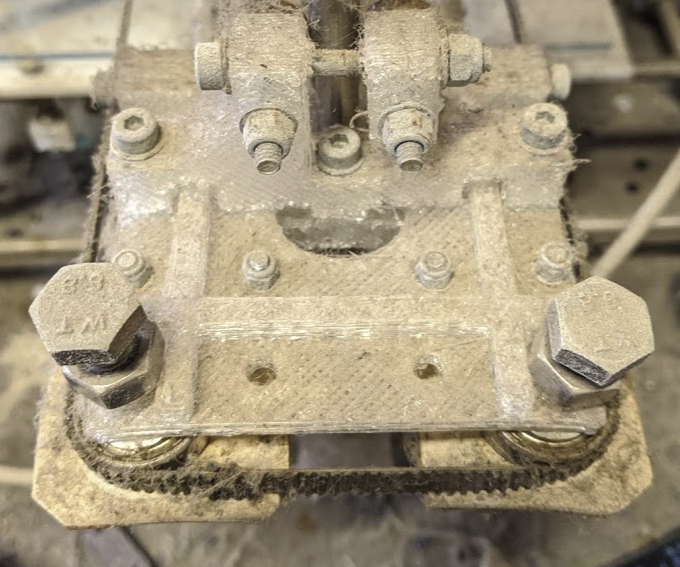 In the early days of home 3d printing the standards of quality were somewhat lower. 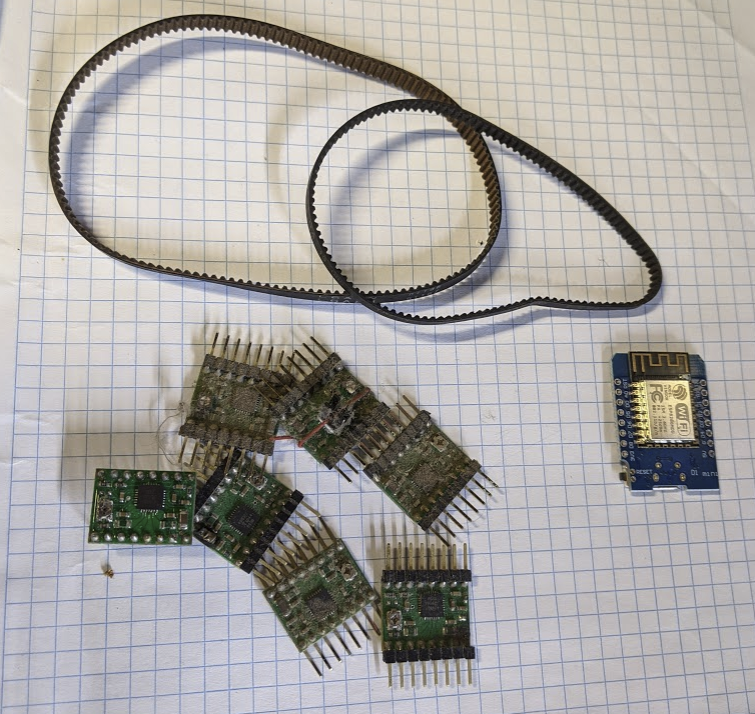 Salvaged belts, pololus and an ESP8266.

Note that these belts are actually S2M, not GT2, but they're both 2mm pitch, and I'm not going to be able to print pulleys that are meaningfully different with my 0.5mm nozzle.

I probably won't be using all these parts.