I'm using some old Pololu A4983 stepper drivers for prototyping. They're fairly rubbish, die often, and can be noisy. I've got some newer DRV8825 modules on the way. They're pin-compatible, so I should be able to upgrade without much hassle. 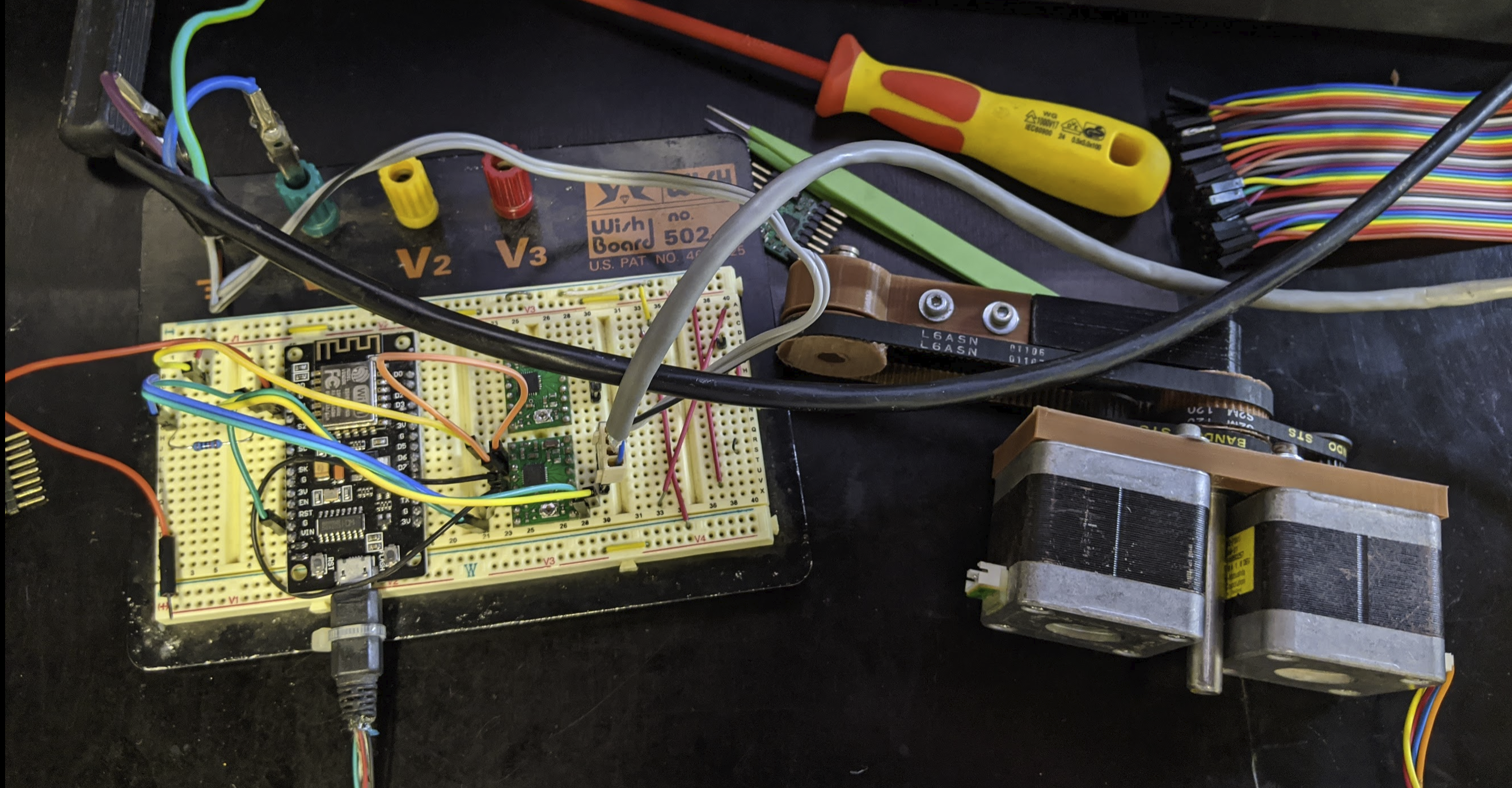 I'm prototyping this on some breadboard with a NodeMCU knockoff. The stepper drivers aren't too complicated. There's two pins that connect to the microcontroller per stepper driver. One controls when the stepper steps, the other controls the direction of the step. The other pins on the driver are for logic power, stepper power, the stepper motor connection, configuring microstepping, and some other bits and bobs. 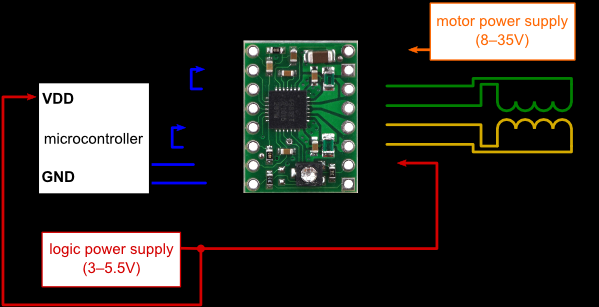 For the final device I'll manufacture a PCB. Design in Kicad and have it manufactured by JLCpcb. I'll use all through-hole components for ease of assembly. I'll use DIP pins for connecting peripherals like steppers and sensors. They're not ideal, these connections aren't meant to be used for any significant amount of current, but they should work well enough in this application.

I'll add some jumpers to configure the microstepping setting. I'll also need to have some way of zeroing the axes so we can do absolute positioning. For that I've decided to use cheap slotted optoswitches because I have a few laying around after scrapping my old 3d printer. I was going to use lever microswitches, but I decided against that because they would click during operation and I don't have any to hand.

I'll use a Wemos D1 Mini for the ESP8266 breakout because it's cheap and implements fiddly USB nonsense. I'll need to leave some space free on some of the edges to account for the USB cable, and access to the reset button. I'll add a jumper to disconnect the my 3.3v regulator from the Wemos so the stepper drivers can still have 3.3v attached when the Wemos is powered from USB.