Final varnish coats on base

I sanded the edge strips down a bit too much and had to re-stain them, followed by a few coats of varnish. I'm not 100% happy with how they look, but I'm pretty much done with this project now. Perfection is the enemy of getting things done.

Some parts of the top and bottom of the edges are slightly lighter than the rest. Oh well. 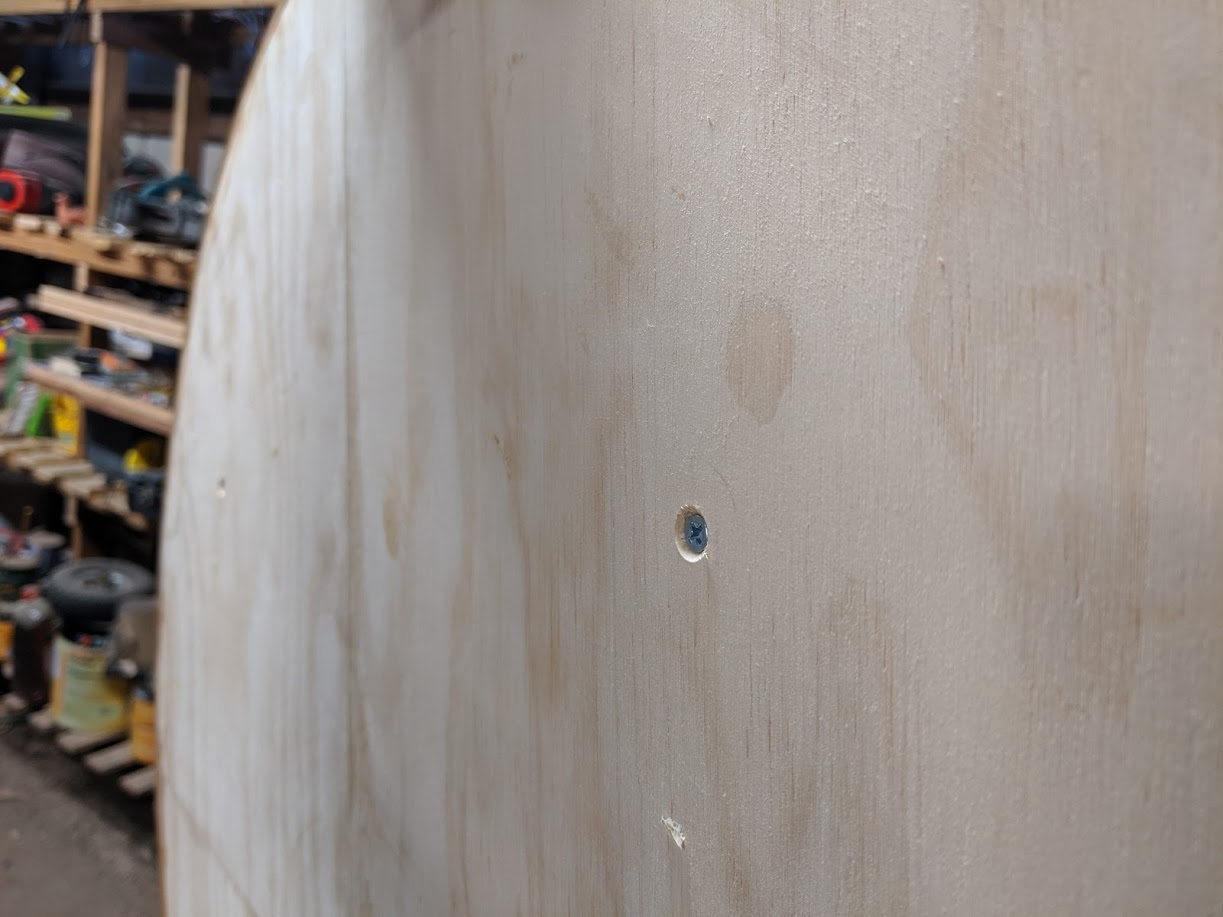 I measured the depth of these screws at least four times.

I bought some nice plush 3mm thick deep blue felt for the base. Alex picked out the colour. He originally wanted leopard-print woolly fuzz but I talked him out of it. I cut it roughly to size. 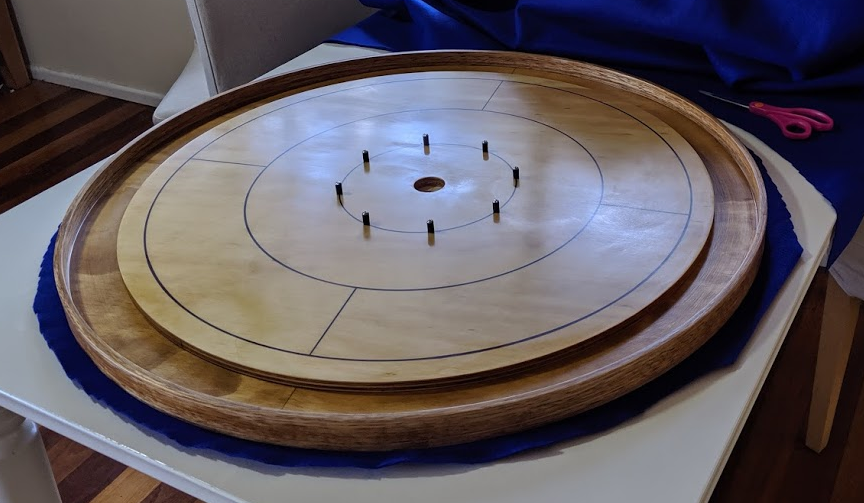 After doing some research I got a can of this stuff to glue the felt on. 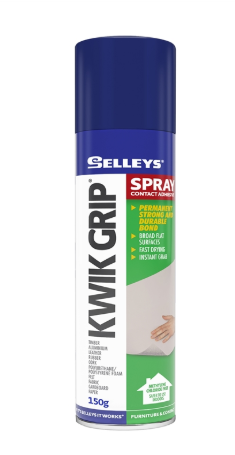 I masked the edges of the board with painter's tape and sprayed a heavy coat on both the felt and the bottom of the board. The 150g can of spray adhesive was exactly enough. Lucky. I waited half an hour, dropped the base onto the felt and weighed it down with some big bits of lead. The following night I trimmed off the excess with a pair of fabric scissors. 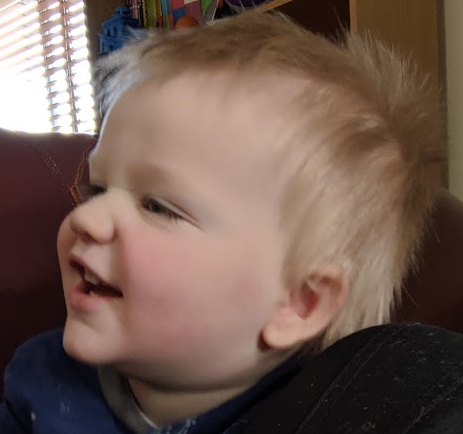 I also cut two 35mm circles out of the felt to bring the centre hole up to regulation depth.

Michelle and I have played a heap of games on it. It's good fun. Easy enough to learn to play, a little bit random, but with scope for strategy and cunning. Good times.

I may locate the screws in the base with a magnet, cut holes, remove the screws and glue the top on. The whole board has a bit of flex in it when I pick it up which I'd rather be without. I may add some means of hanging it on a wall for storage too.

Over time I may need to refresh the wax surface to keep the playing surface smooth. That's a ten minute job that smells great.