I've made a few improvements since Work Log: CAD.

In order to test the software before finishing the complete enclosure I needed a way to mount the optoswitches roughly where they'd be in the final product. I need the optoswitches to detect the position of the arms. Stepper motors have no positional feedback of their own, so the usual system is to move them until you detect them in a certain position. For my current 3d printer that is detected with some mechanical lever switches. For my old printer I used little paper flags and optoswitches. An optoswitch is an infra-red LED and a receiver facing eachother. If something comes between them a signal is generated.

I made this abstract-looking part to hold the optoswitches just past the ends of the arms. I could then attach little bits of plastic to the arms at the right height to pass through the optoswitch. With this information I could learn the position of the arms in absolute terms and then move to specific angles rather than just spinning around from whatever initial position the arms happened to be in at power-on.

I made a small manufacturability improvement: 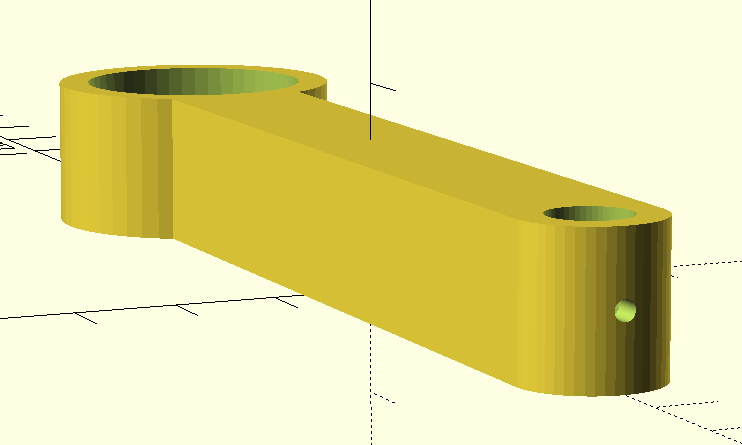 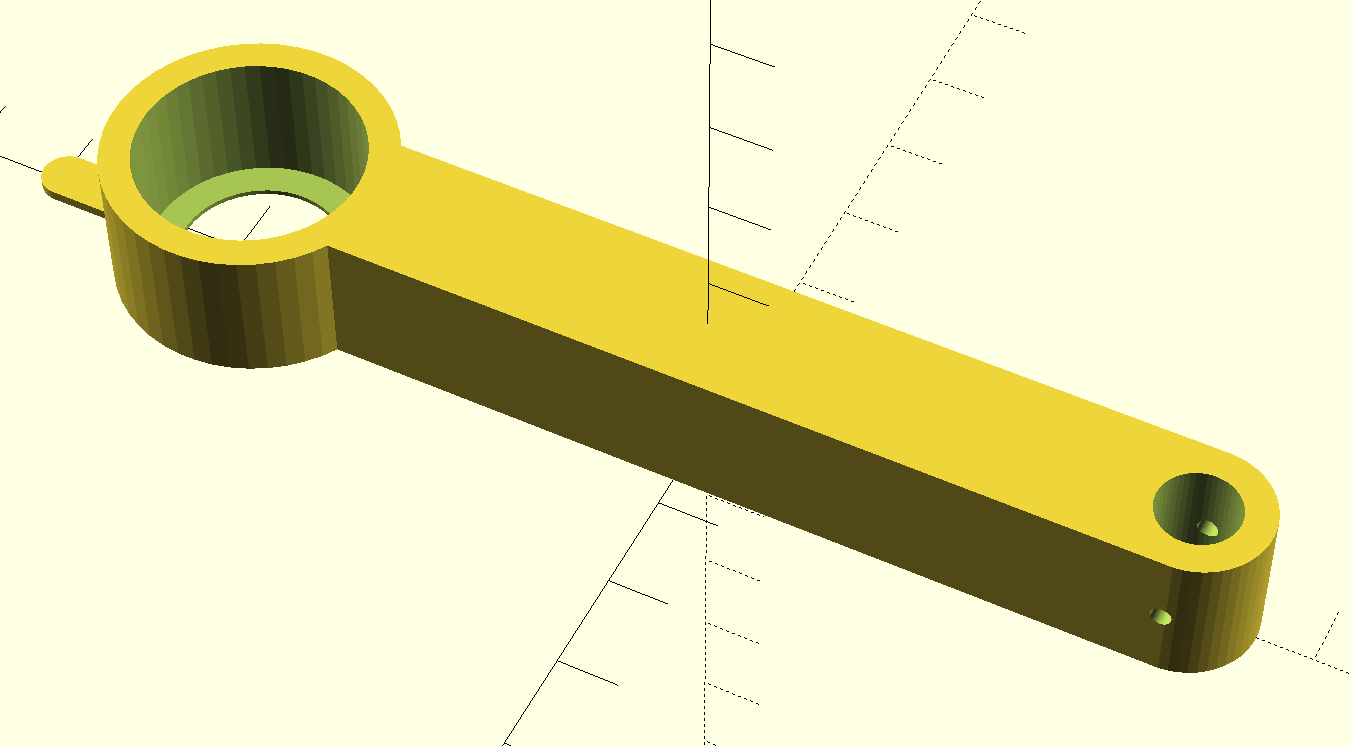 This way I can punch that pin through the piece in order to remove the arm. I did a similar thing for arm2. This lets me disassemble the thing non-destructively.

I had noticed that arm1 could bend slightly about the joint because the joint was in shear. It could twist slightly because it was the compression from the bolts causing friction between the touching faces. The tension in the belt could overwhelm this friction and the two faces would slide against each-other.

The new arrangement puts the bolts into tension and there is no force acting to shear the joint.