My initial plan for the window is: 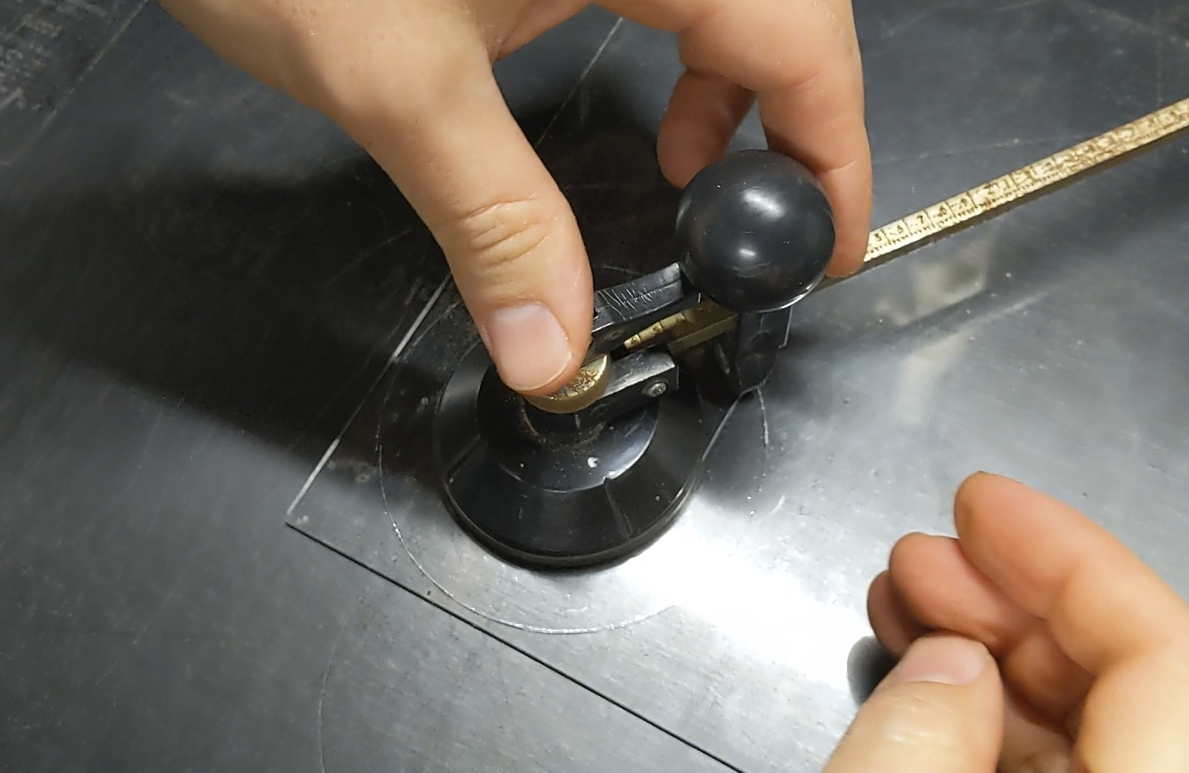 Cutting out circles of glass. 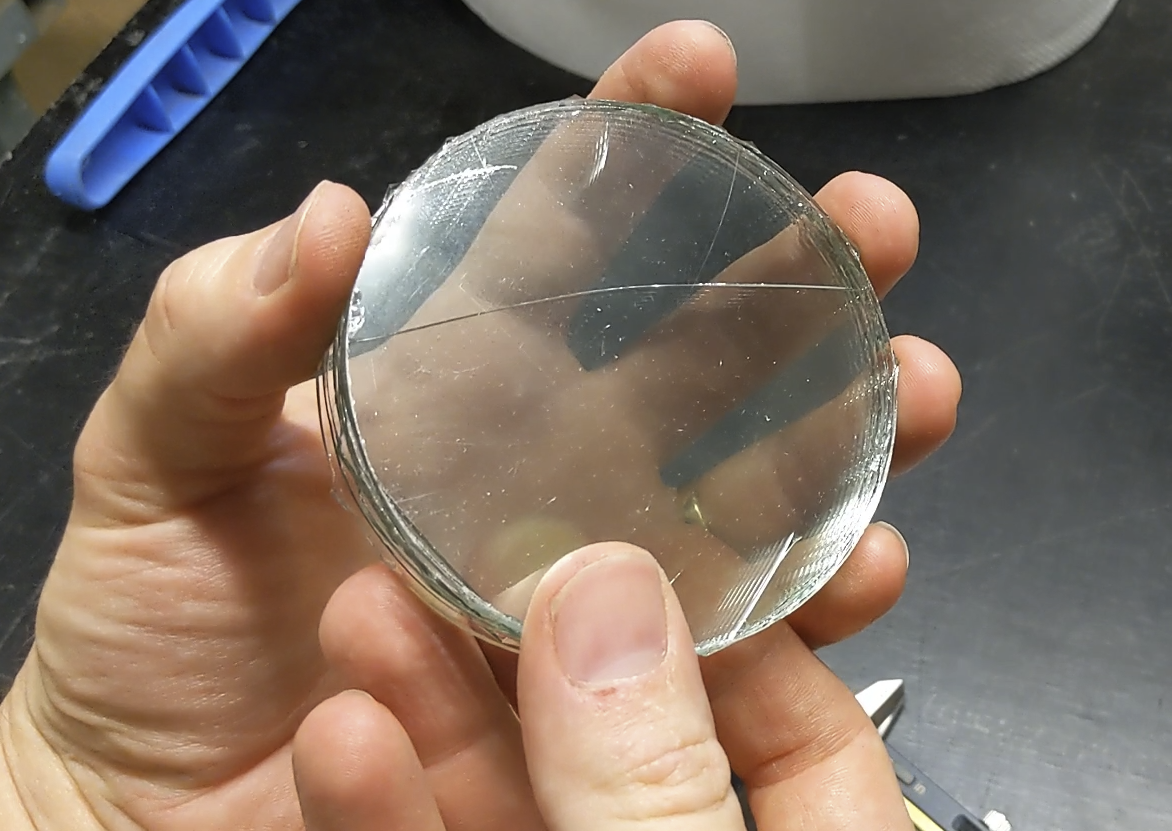 Stack of circles. There are some cracks, but they'll reform during the firing. 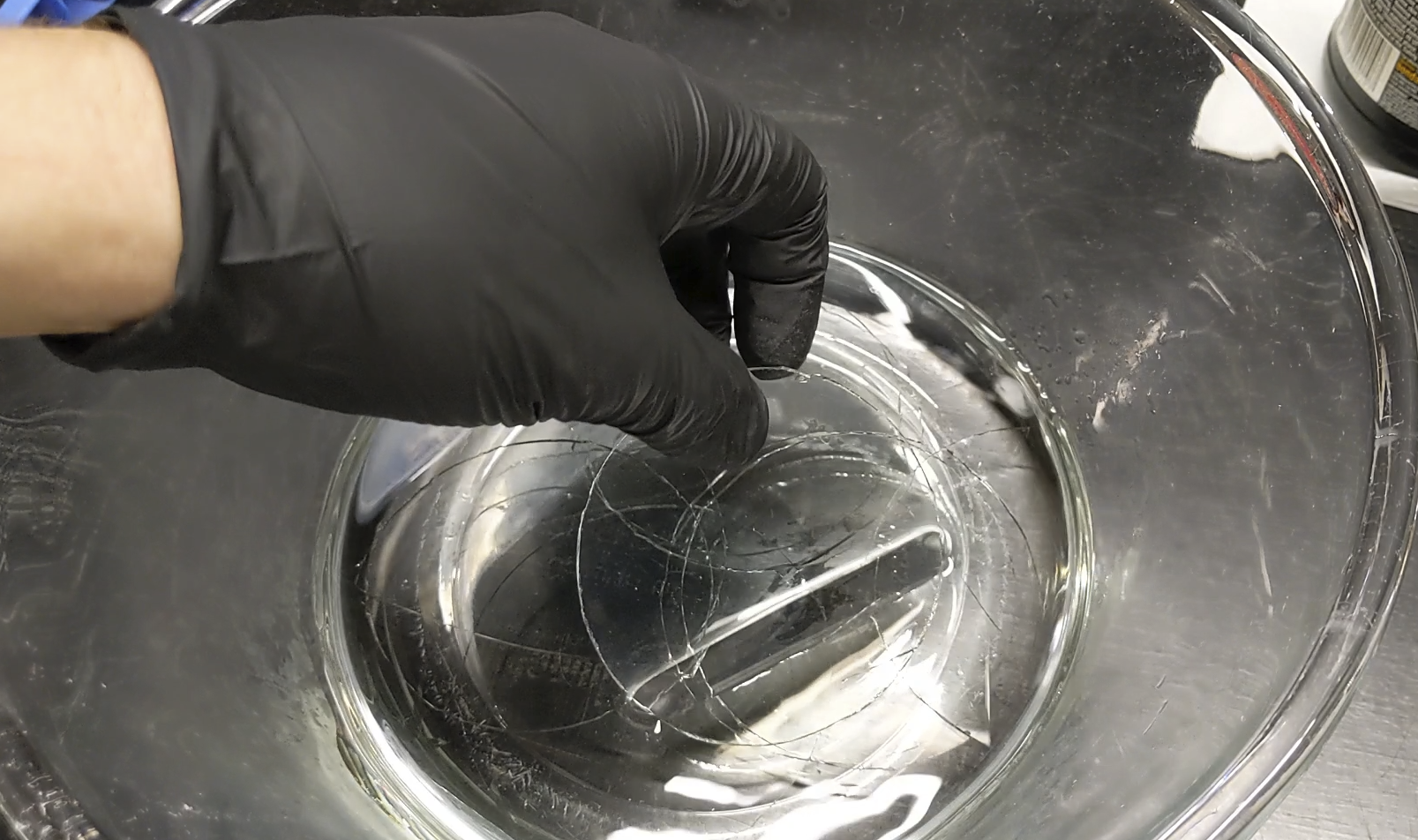 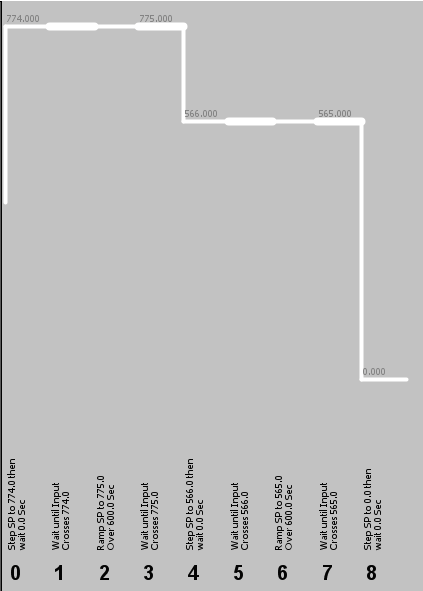 Programming up the curve in my furnace. I don't understand this software very well. 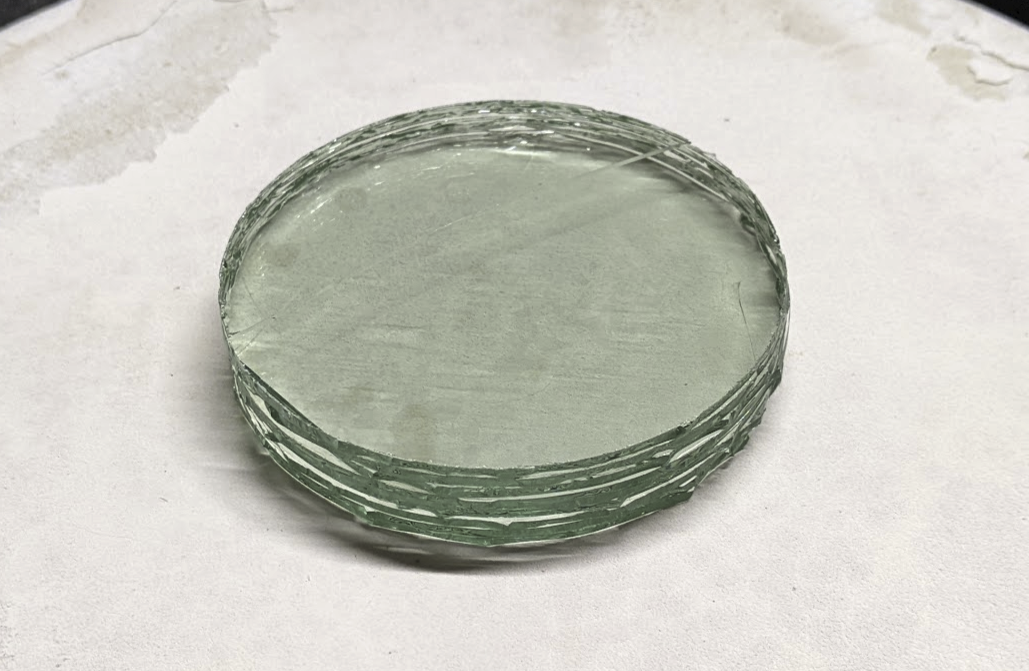 Stacked up, ready for firing. 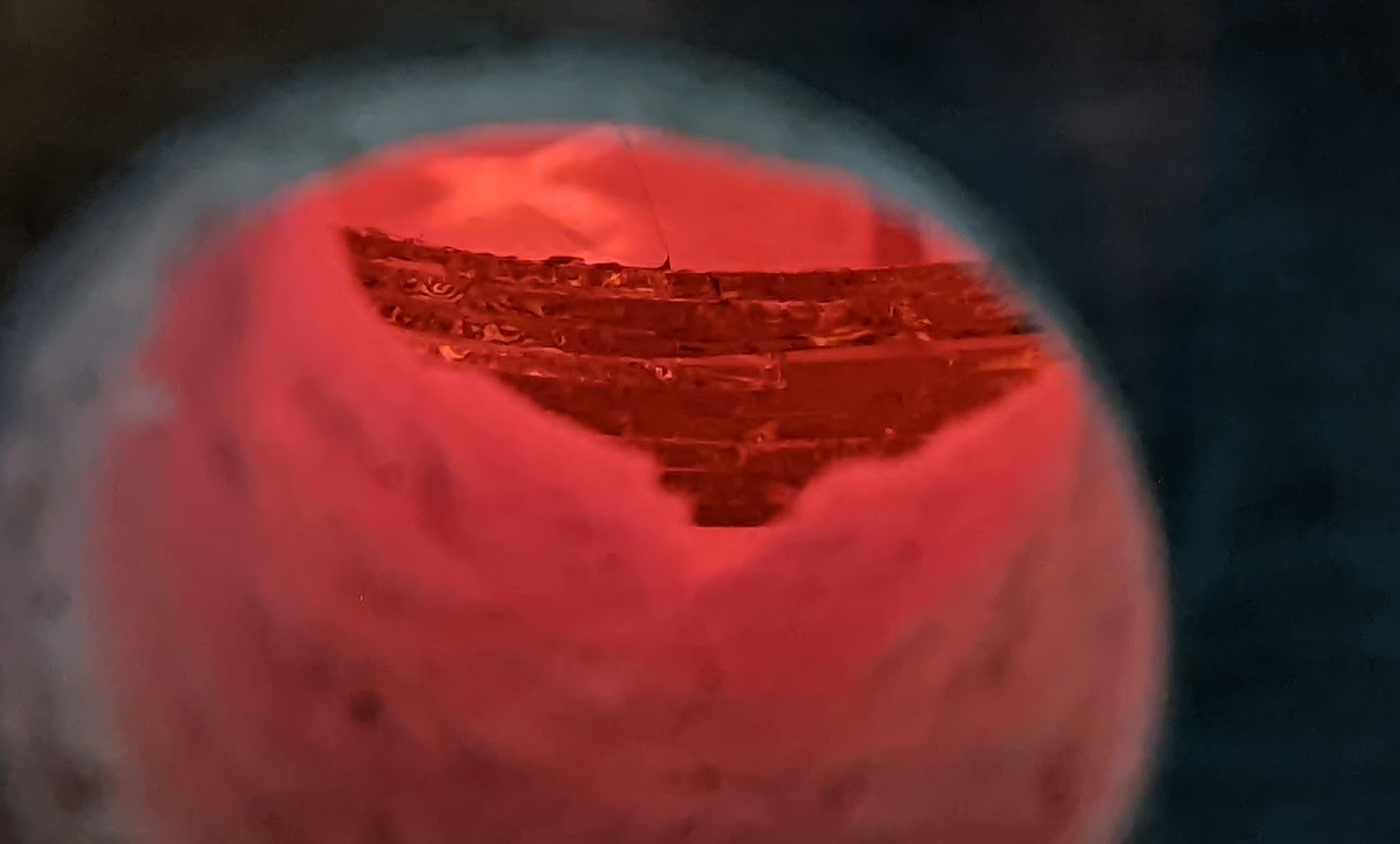 Some of the glass broke during the warm-up, and spat part of a circle out of the stack. I was able to nudge it back into position with a metal rod. I think a slower warm-up ramp would be a good idea. 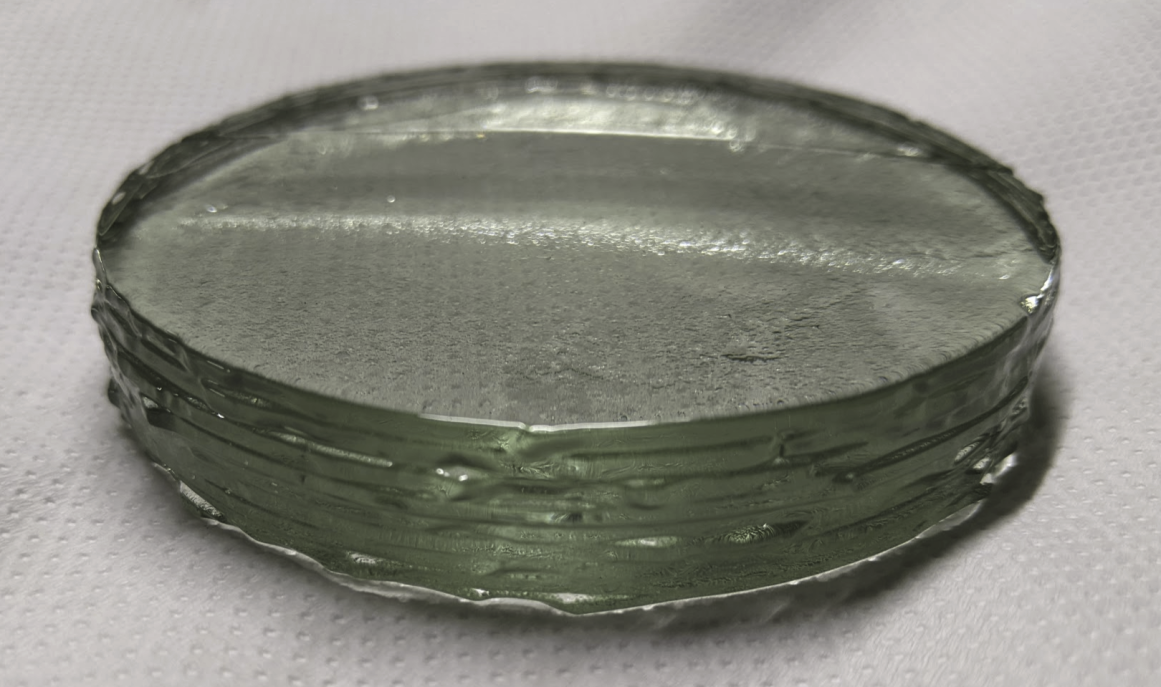 After firing. Clarity is good. I can see some air trapped between the layers, and some other general gunk stuck in there. I think I need to use distilled water to wash after the acid bath. The cracks did not fully amalgamate, and I suspect some of the layers did not properly bond together. I might try increasing the max temperature. I have done a few experimental drops and general rough handling and it shows no sign of damage. I haven't been brave enough to drop it onto concrete or anything. 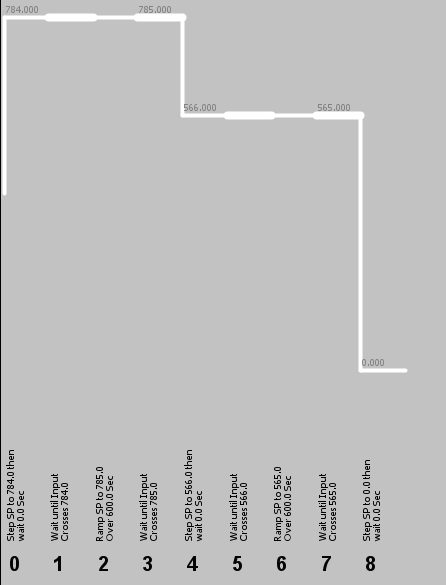 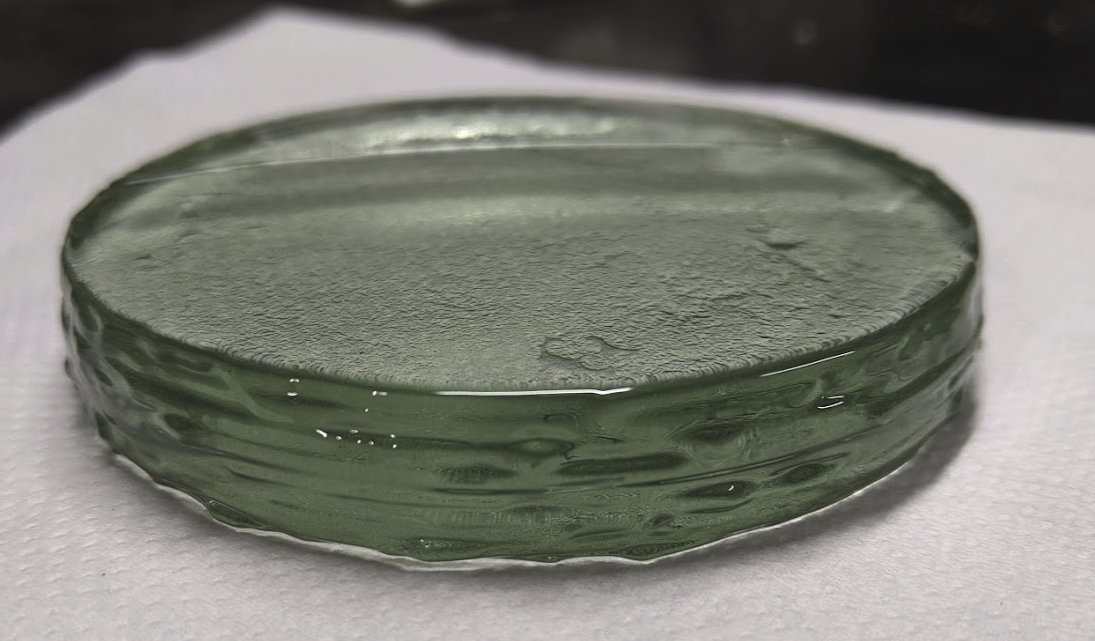 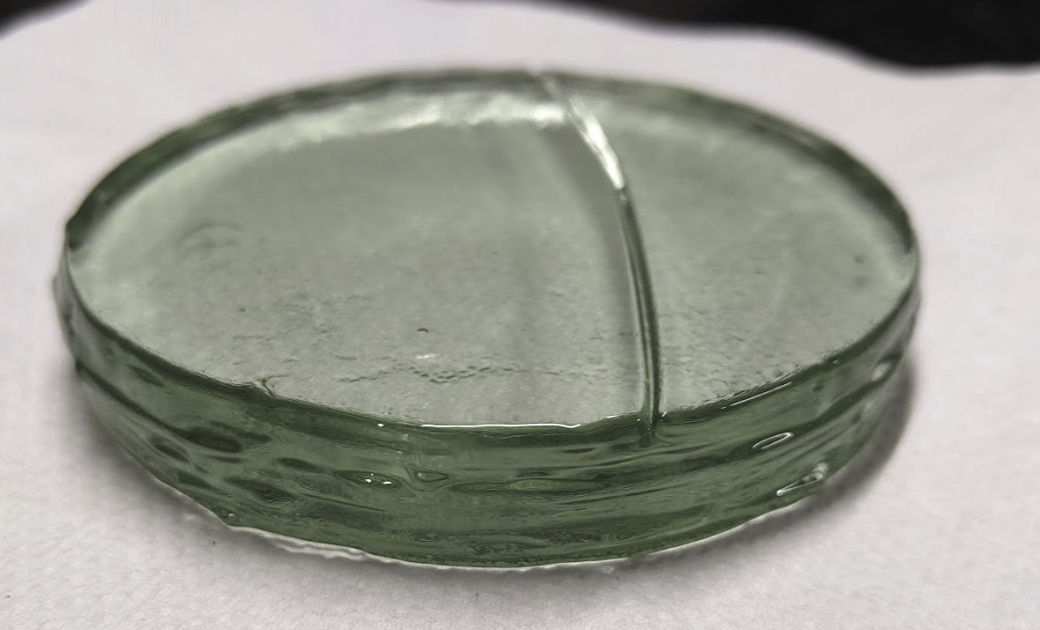 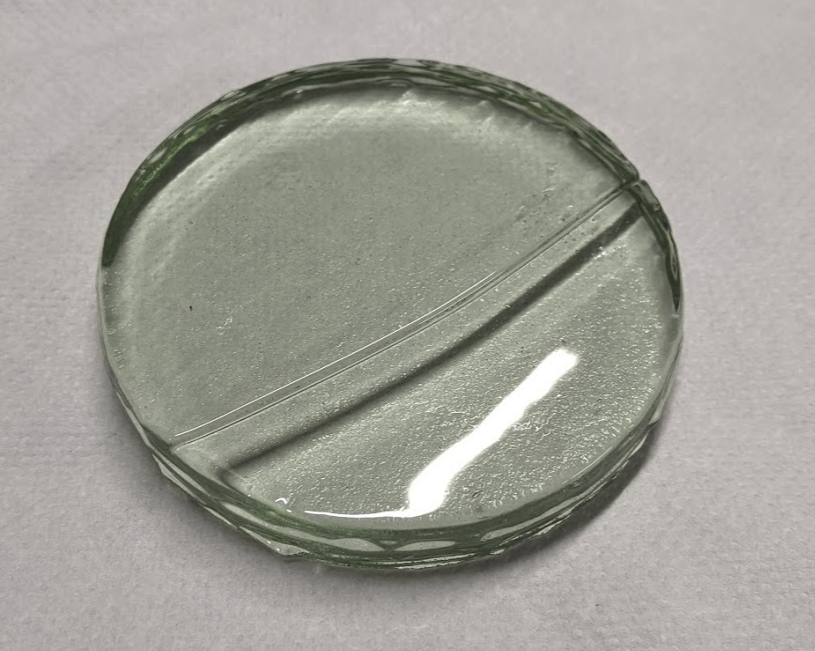 After the second firing. It definitely appears to have merged together more thoroughly. Some of the fine internal cracks have become invisible. I'm not sure whether this is because of the higher peak temperature or the longer time spend at temperature.

I read that it was possible to harden glass by impregnating the surface with potassium. This is done in industry by immersion in a bath of molten salts. I have some potassium nitrate, so I filled a terracotta pot and buried the window inside and heated it up to 400°C for an hour. 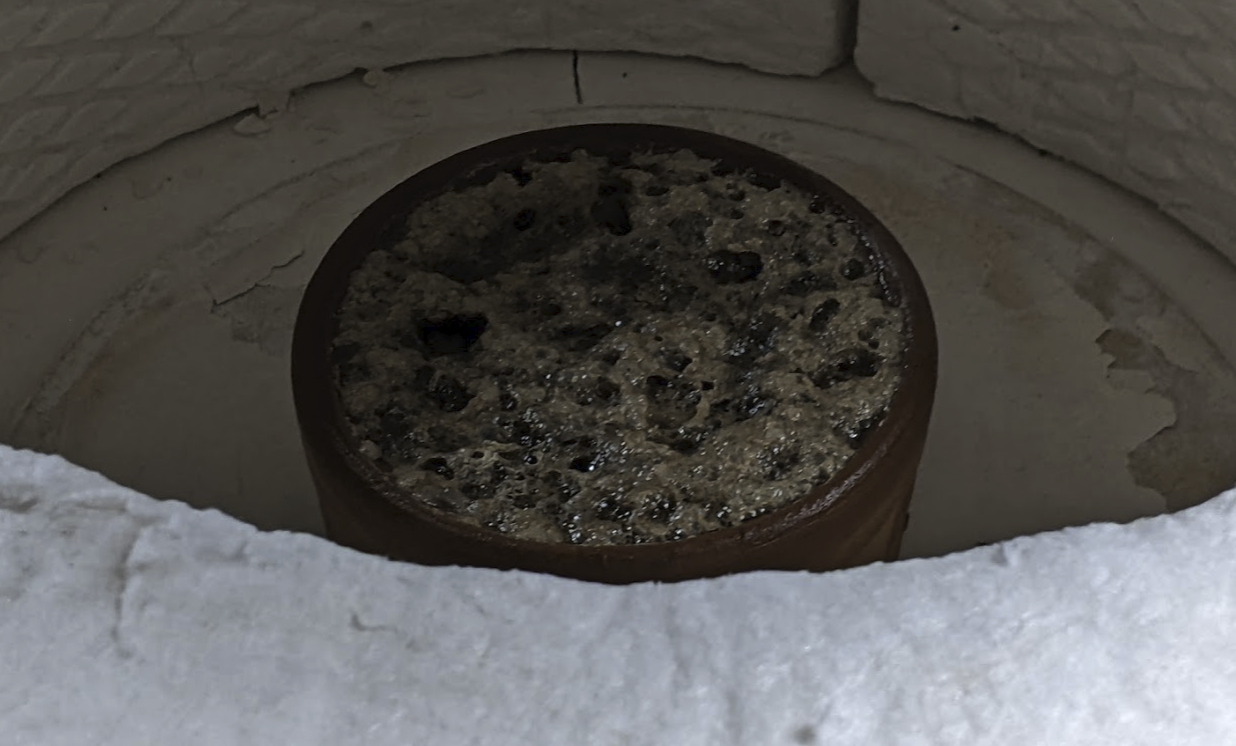 The bath turned a foamy grotty brown. Molten potassium nitrate should be clear. I suspect the stuff I have is impure, or it attacked the glaze on the terracotta pot. I let the bath cool down and harden and then chipped out the window. The potassium nitrate was a filthy grey-brown and full of bubbles. After the glass cooled down I was gently hitting it with a hammer, to enjoy the noise. After a fairly gentle donk, no harder than I'd hit it before, it developed a small, barely visible circular fracture. I'm not sure if the potassium bath weakened it, or whether the temperature profile was a factor, or whether I just hit it in a different way. I wanted to empirically test the strength of this window, so I will re-fire it to fix the fracture and test it afterwards.

Sources disagree on the proper temperature profile for potassium-toughening glass, but the general consensus seems to be over 400°C for many hours. If I try this again I will try to get some higher-purity potassium nitrate, and soak it at 425°C for 30 hours.