Other people have used V-shaped router bits to gouge the circles and lines into the board, then filled them with paint. I did a few experiments with that technique and found it hard to get reliable results. If it goes wrong the entire top board is a write-off, so I was very nervous. If the pivot point moves by a tiny amount the circle won't meet up at the end of the sweep, and that would be unfixable. The specification calls for the lines to be between 1/16“ and 1/8”. It didn't take much slop in the system for the depth and cleanliness of the cut to be significantly affected. 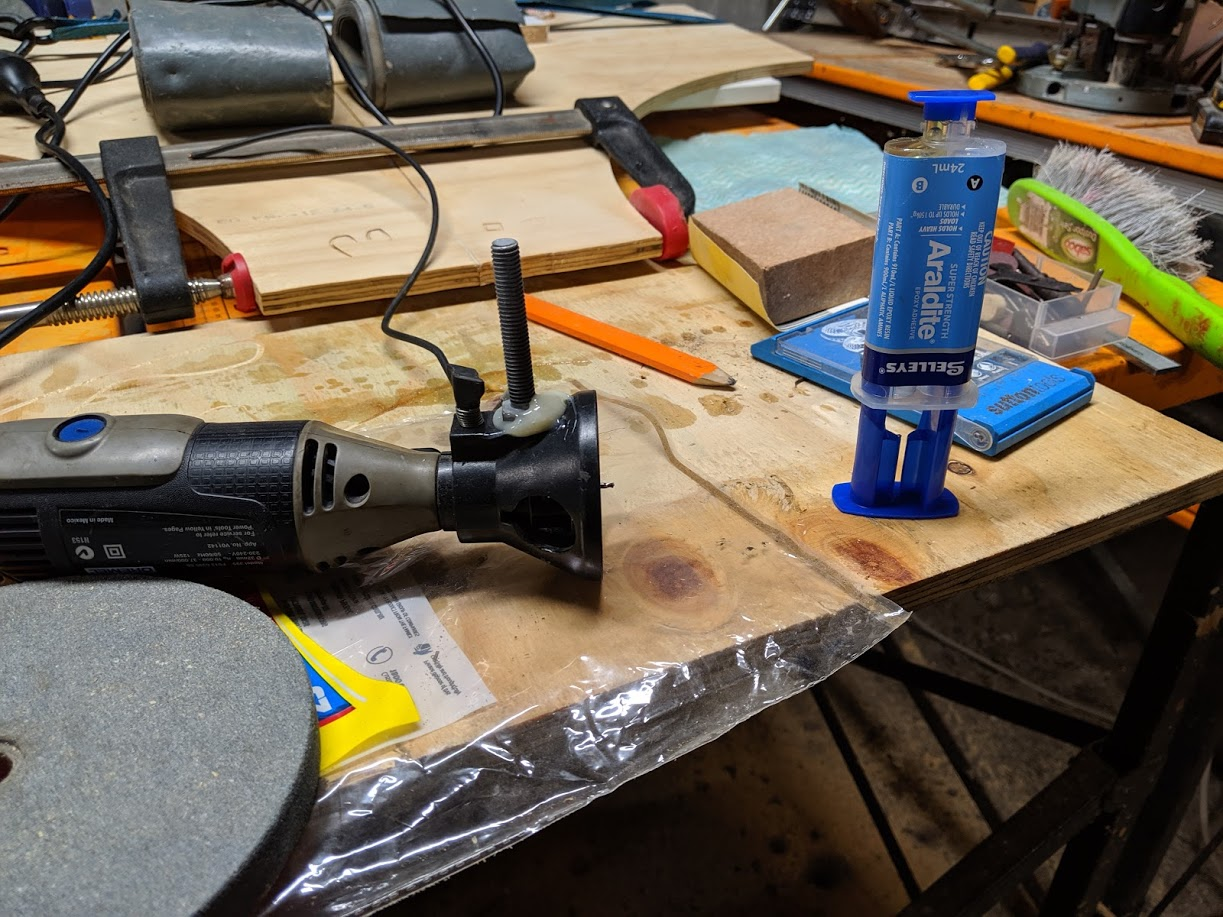 I attached a bolt to the side of a router dremel attachment, thinking the smaller tool would give me more control, but I didn't have good success here either. Though I got nice clean grooves cut in scrap wood when freehanding, I couldn't get reliable results when drawing big circles. It was too easy for the pivot to jam slightly, or the dremel to tip, and ruin the groove.

Instead I decided to go with a black permanent marker. I can easily build a lightweight circle-drawing jig. If it goes bad I can simply wipe off the ink with a solvent. I ran some trials and got some good data.

The marker I used.

I had gone through five varnish → light sand cycles to this piece of scrap ply before drawing on it with the marker. I drew some straight-ish lines, a black patch and a big squiggle then let the ink dry for half an hour. I then drew some fresh lines as a comparison a few minutes before varnishing. I noticed that some of the ink had wicked out slightly from the lines. I suspect this would be wicking along the scratch lines from the sanding.

The ink did not streak or bleed during or after the varnishing! Great success! 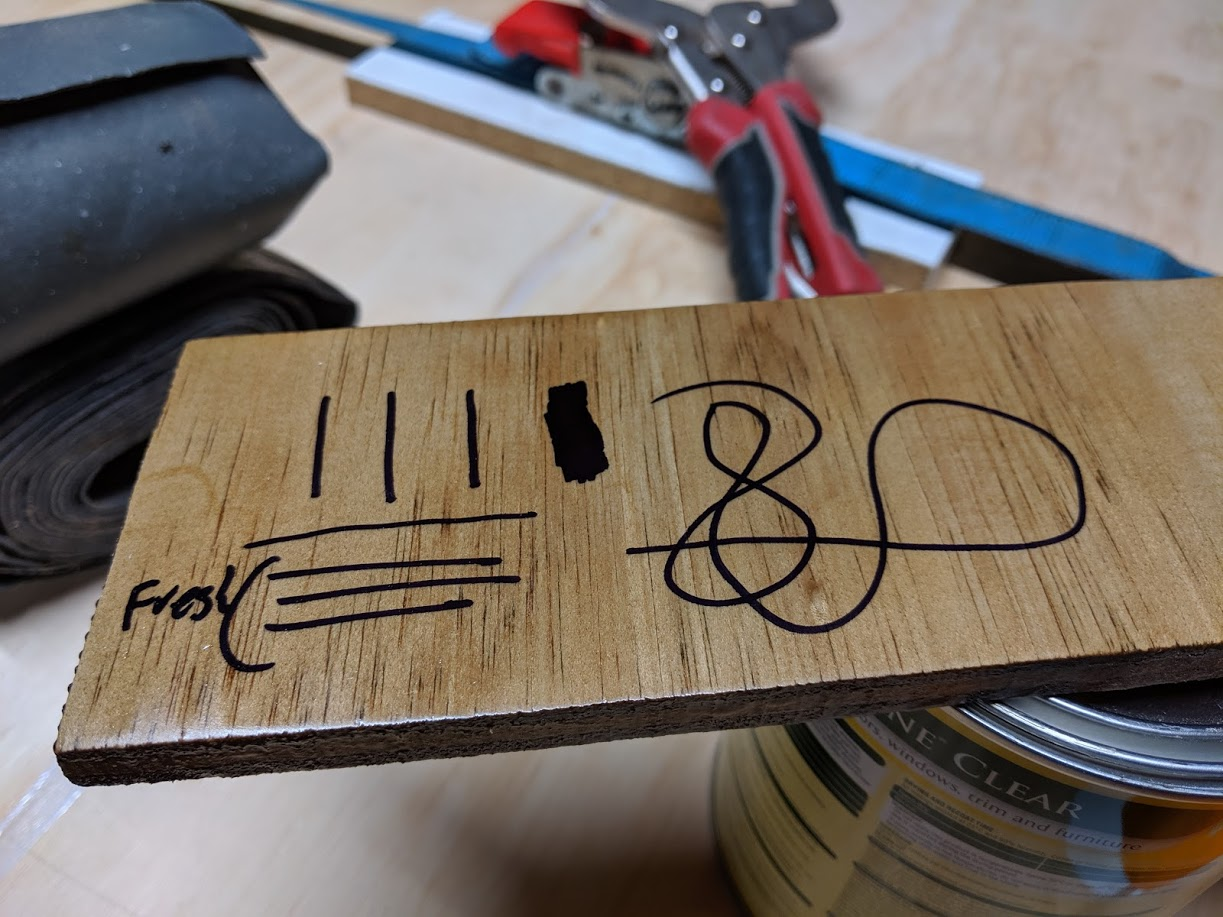 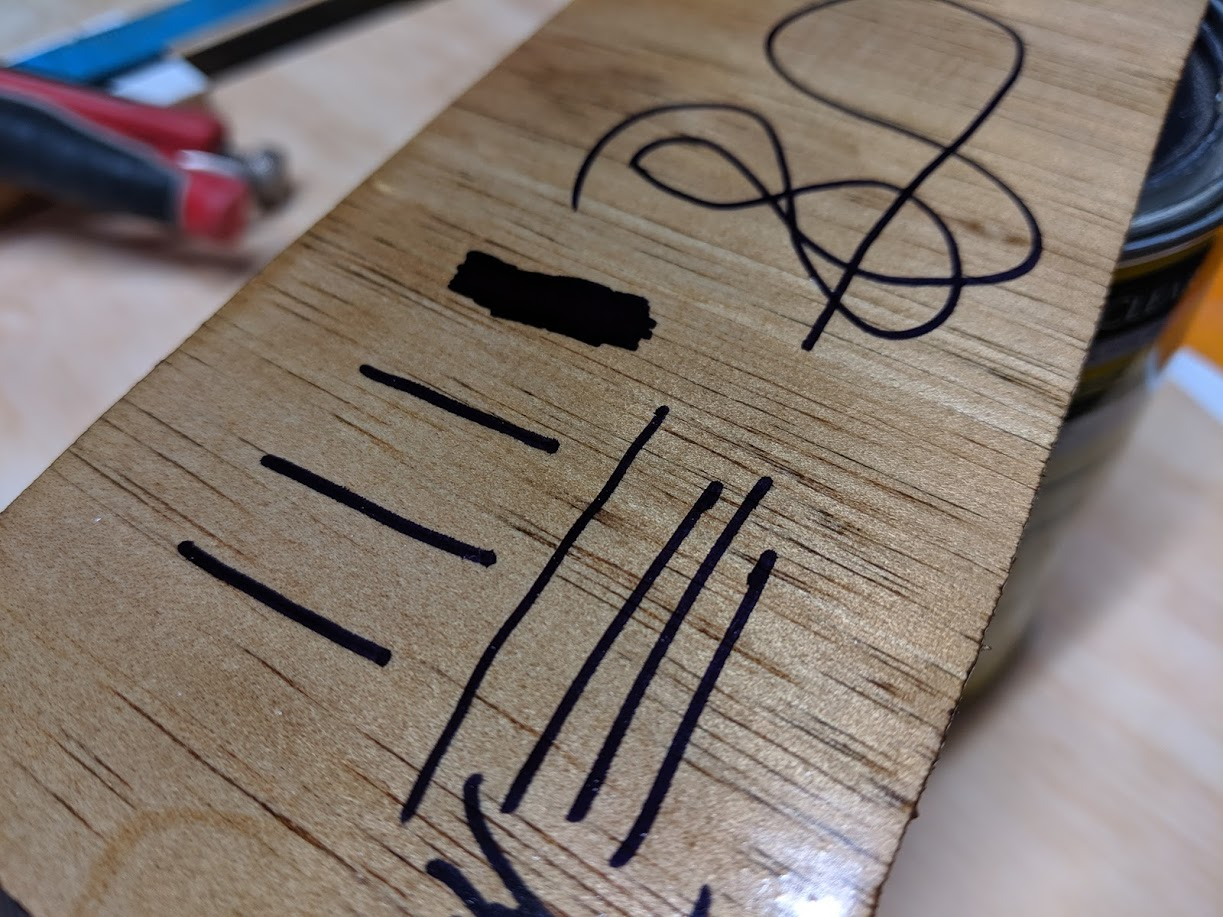 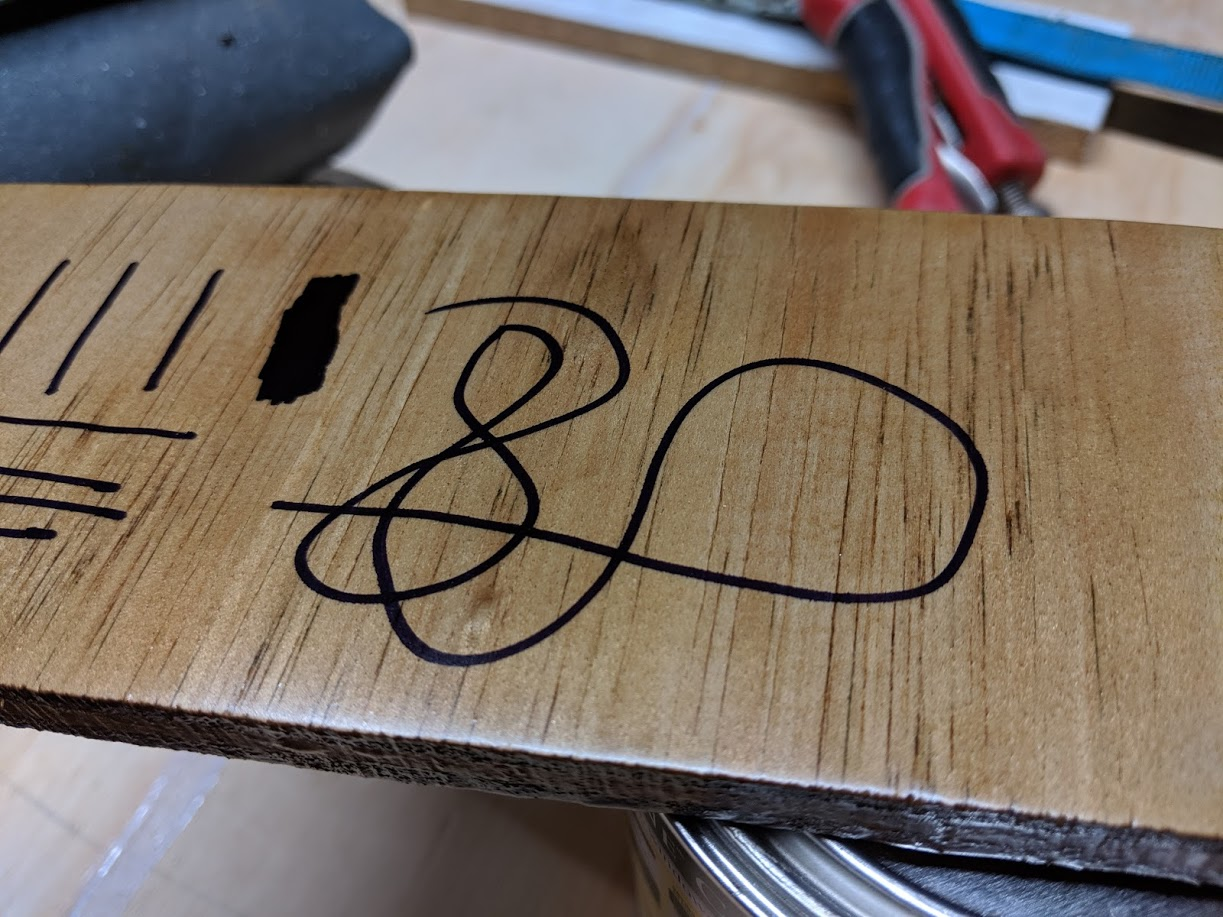 After that coat of varnish had dried I gave it a light sand in preparation for another coat. I think I sanded a bit too hard because I broke through the previous layer of varnish and erased some of my lines, though many were unaffected. 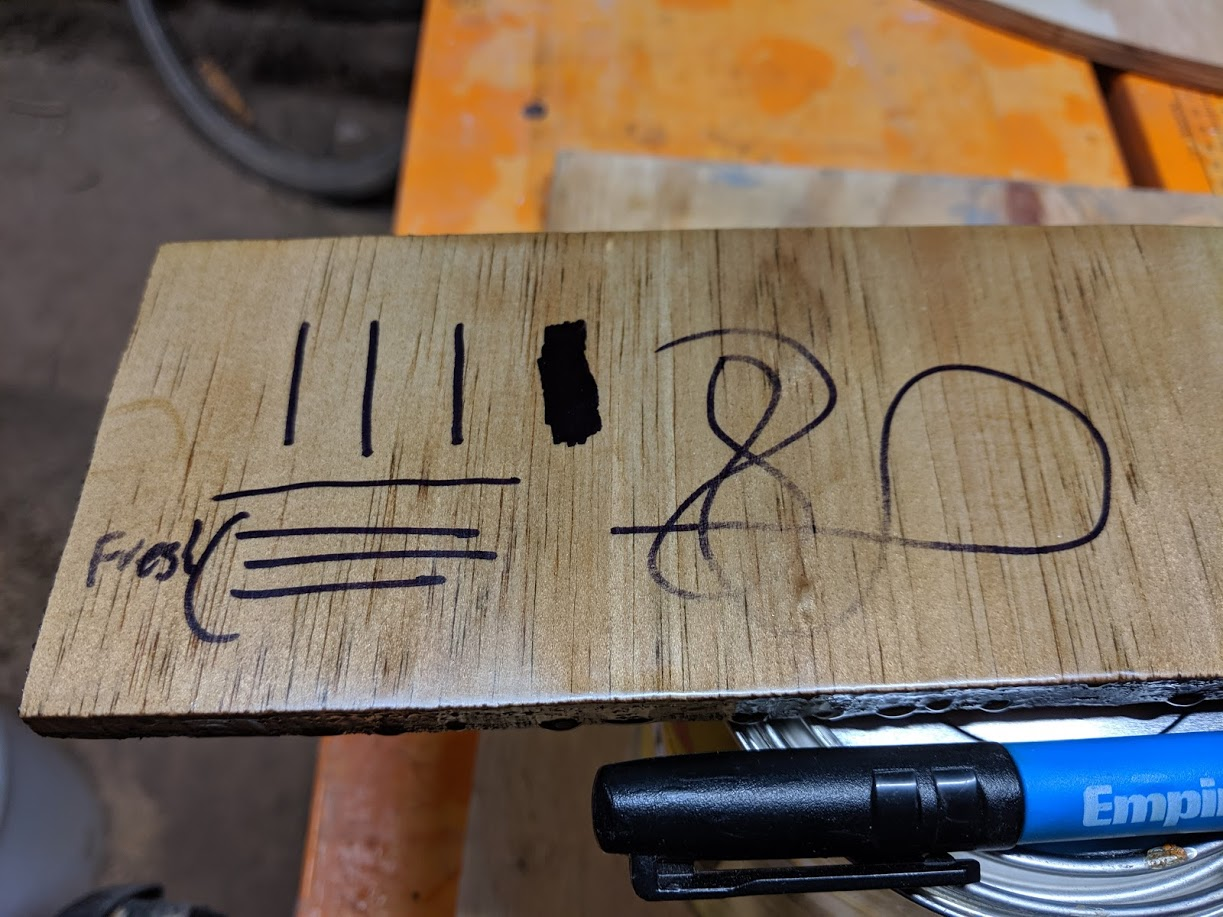 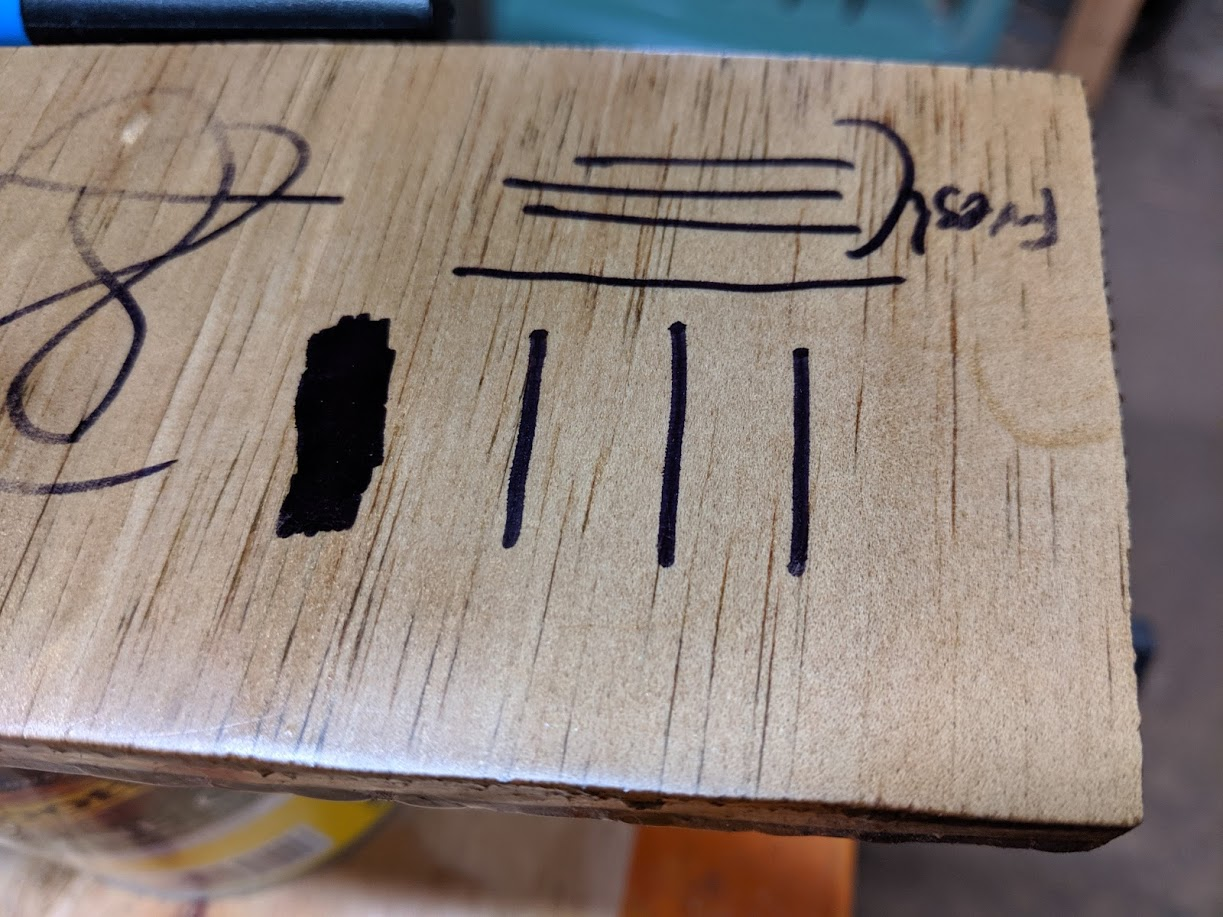 These photos show two coats of varnish atop the ink.

I think my solution to this will be ensuring my varnish sandings are sufficiently gentle, and perhaps re-marking lines if they start to fade during the subsequent varnish layers. Overall I think this technique looks great and it's likely the one I'll be using on the final board.