I will make another window, using the lessons learned from making the first one. Hopefully this one will be good enough to incorporate into my first blinker device.

This time I will employ a new technique for creating neater glass circles, and rinse the glass with deionised water after the acid bath. I will also attempt to smooth the kiln/bat wash to get a better bottom surface.

I used a circle cutting technique shown in this video. It worked very well and produced quite neat edges on the circles. 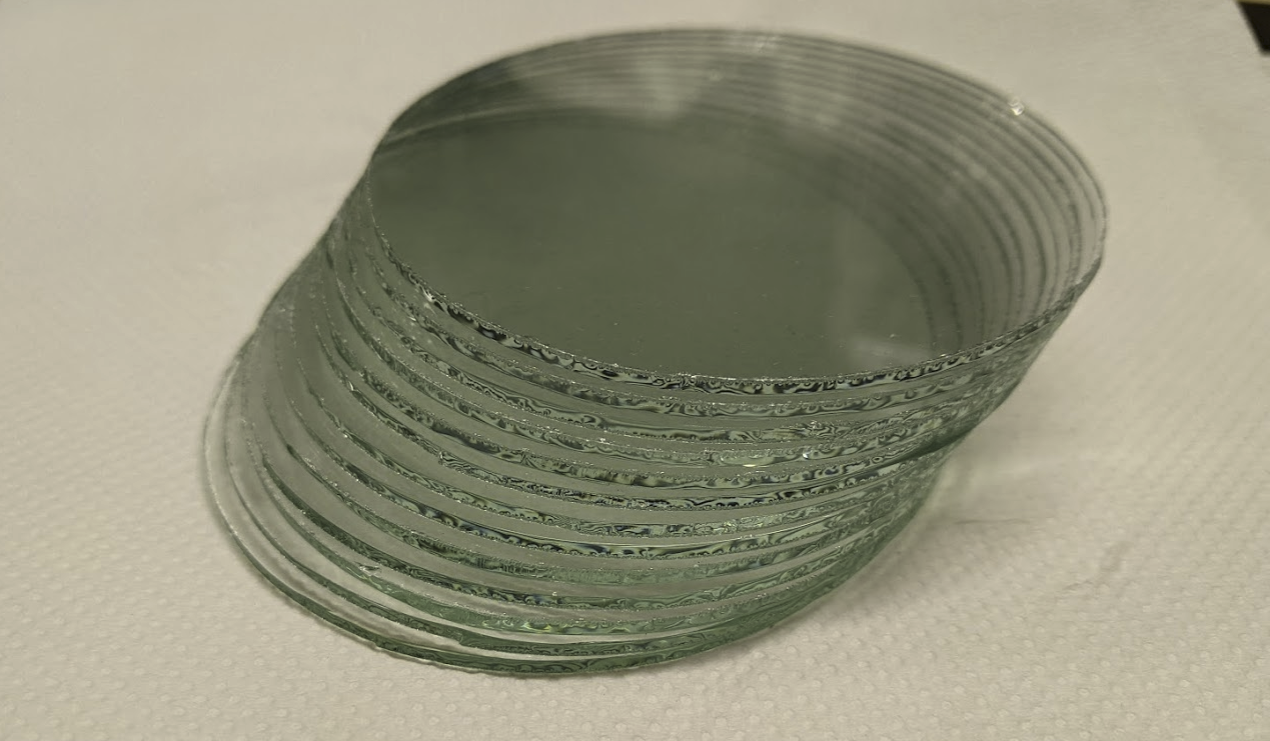 As before, I soaked the glass in HCL overnight to remove surface impurities. Afterwards I washed them with tap water, then with deionised water. 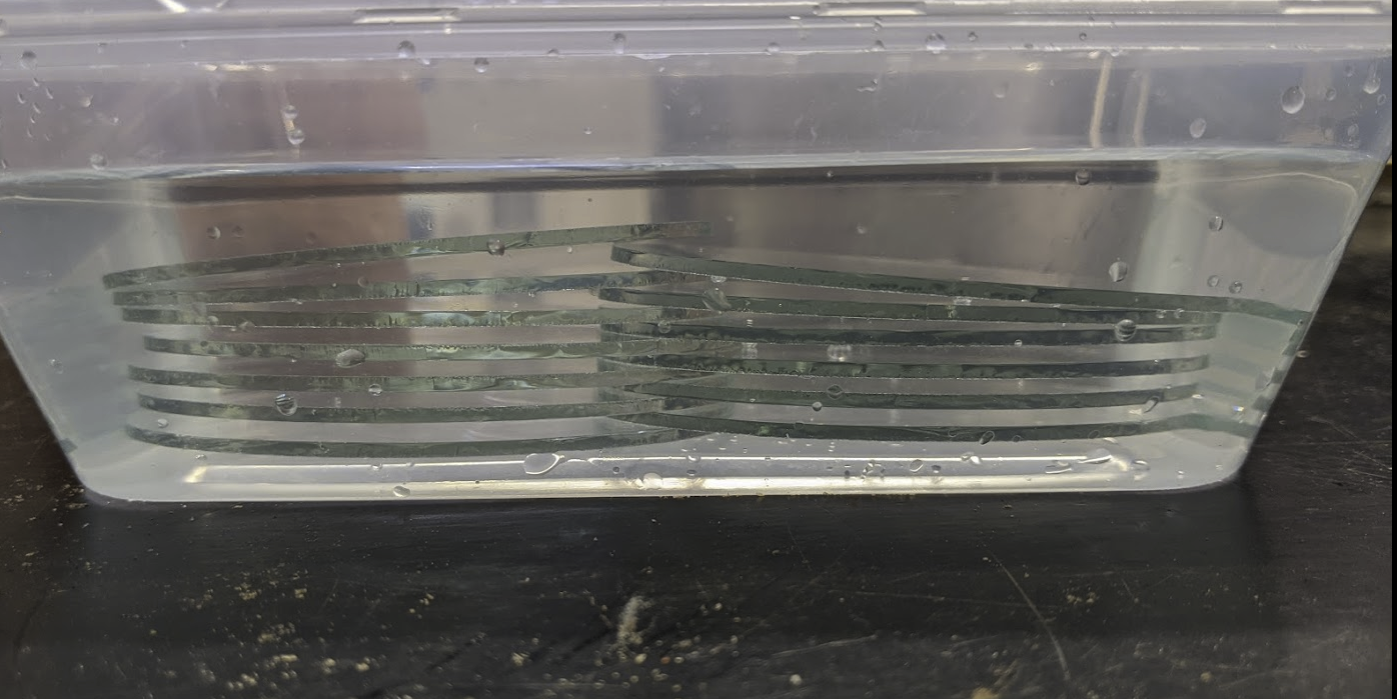 I then put them in the kiln at 70°C to dry. Afterwards I found the glass quite dirty. There were mineral deposits and general filth visible on them. This was very disappointing. I suspect the low-grade deionised water I am working with is not actually very pure. 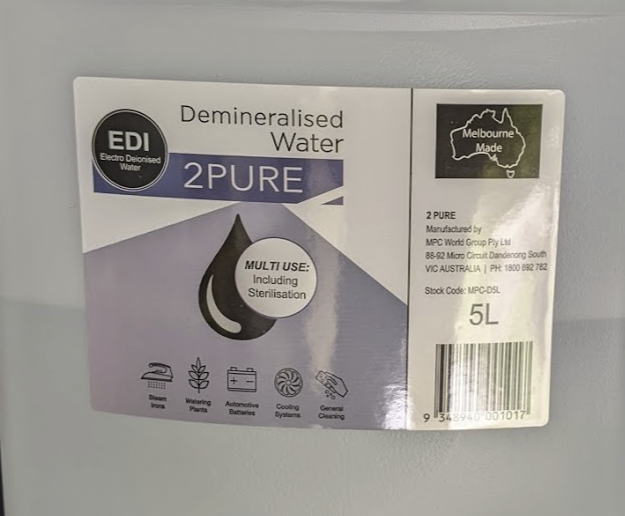 I manually cleaned each window by hand to remove as much contamination as possible. I started with paper towel, but that left paper fibres behind on the surface. I switched to chux, but that had a similar issue. I settled on using zeiss individual lens wipes. Even these got a bit ragged when being dragged over the edge of the glass. I had to go through quite a few of them to get the glass clean-ish. I got the best results by scrunching the wipes into a ball, tucking the edges behind, and wiping from the centre to the edge.

I tried a new technique for getting a smooth surface on the kiln plate. I applied a layer of kiln/bat wash, let it dry, then lightly sanded the surface. I tried to form a thin, smooth, loose layer of the dust on the surface, hoping it would be squashed flat by the glass and then not adhere to it during the firing. 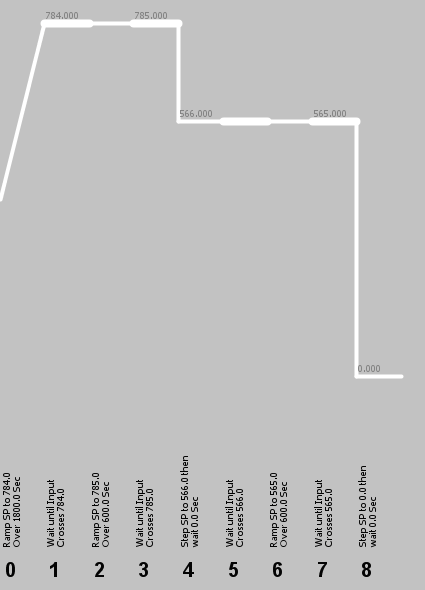 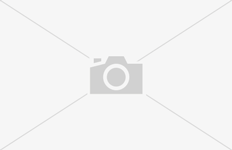 Because I'm a big dufus I didn't take any good photos of window 2 between making it and destroying it in the destructive tests. 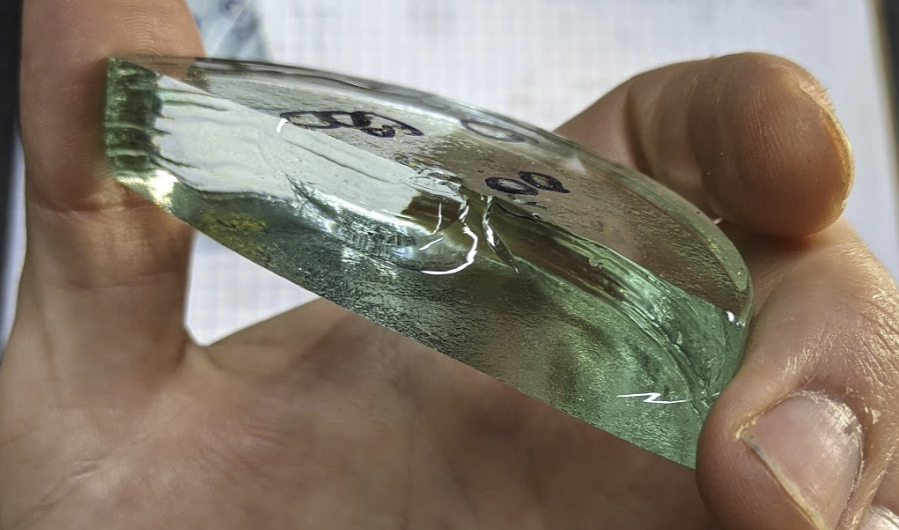 Imagine this without the split down the middle.

The edge texture and general clarity were much improved over window 1. There were several flat bubbles of air between the layers that were either trapped in there as it fired, or decomposition gas that was emitted from contamination after the glass had slumped to form a seal. Overall a step forward in quality, but not as big a step as I'd hoped.