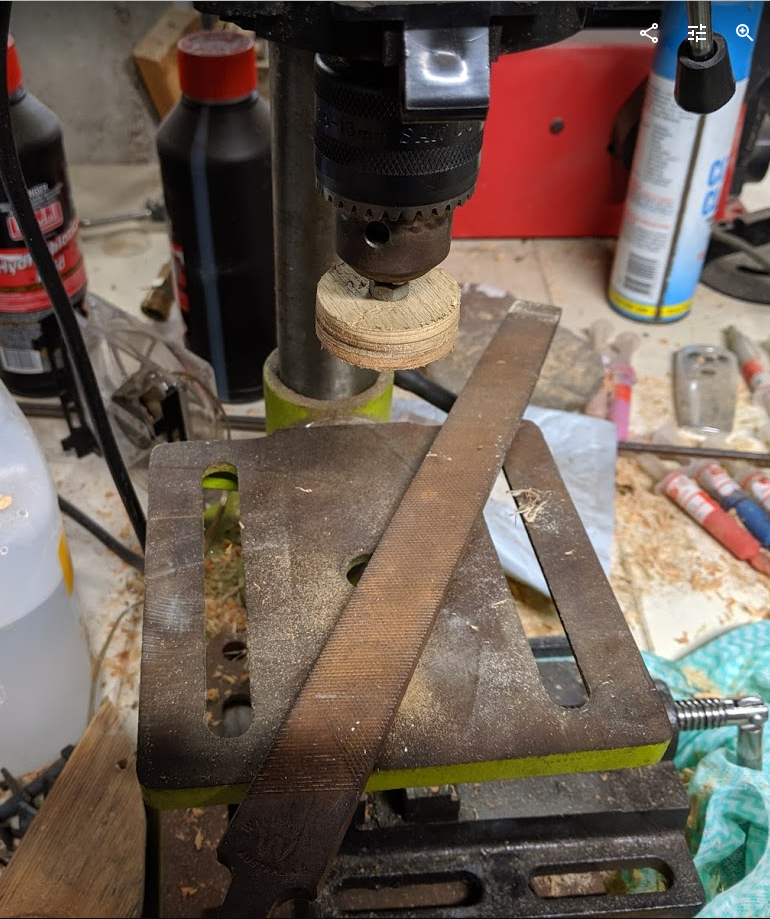 Anything's a lathe if you try hard enough.

I then marked four holes 4” apart on a length of wood with a pair of calipers. I drilled the holes out on a drill press with a 2mm bit, then a 5mm bit. This size was chosen because the shank around the tip of the permanent markers I have was a hair under 5mm in diameter. I bolted my 35mm disk to the centre hole, and stuck the permanent marker through one of the other holes. The disk was slightly loose in the centre hold of the playing board so I added a layer of electrical tape to pad it out. 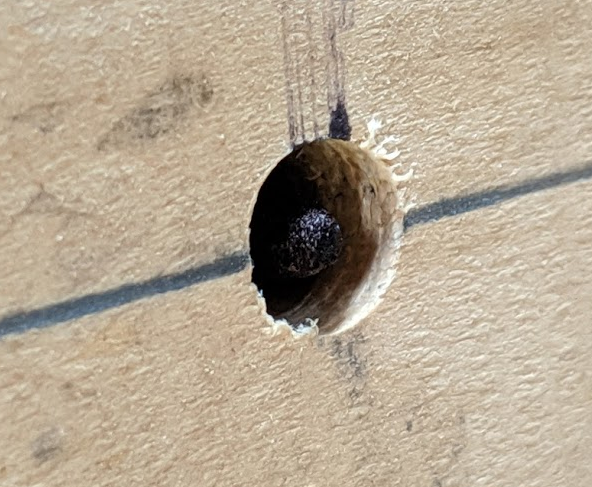 The tip barely protruding from the bottom. 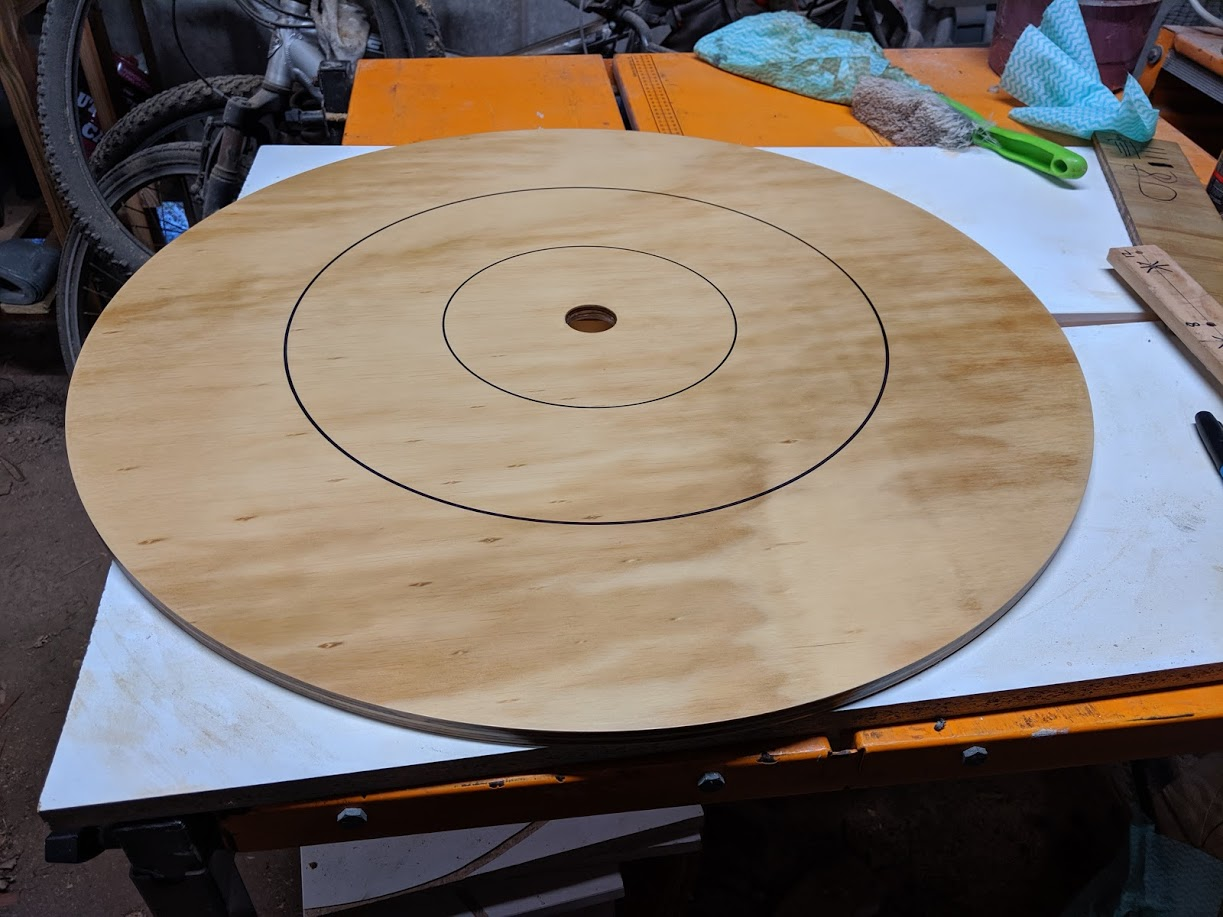 For the straight lines I initially tied a length of string around the centre bolt and stretched it along a radius. This worked alright until I had to do the line on the opposite side. I got out a cheap laser line and aligned it with the already-drawn line and the centre post. This worked well. I could line up my ruler on the laser line pretty much perfectly. 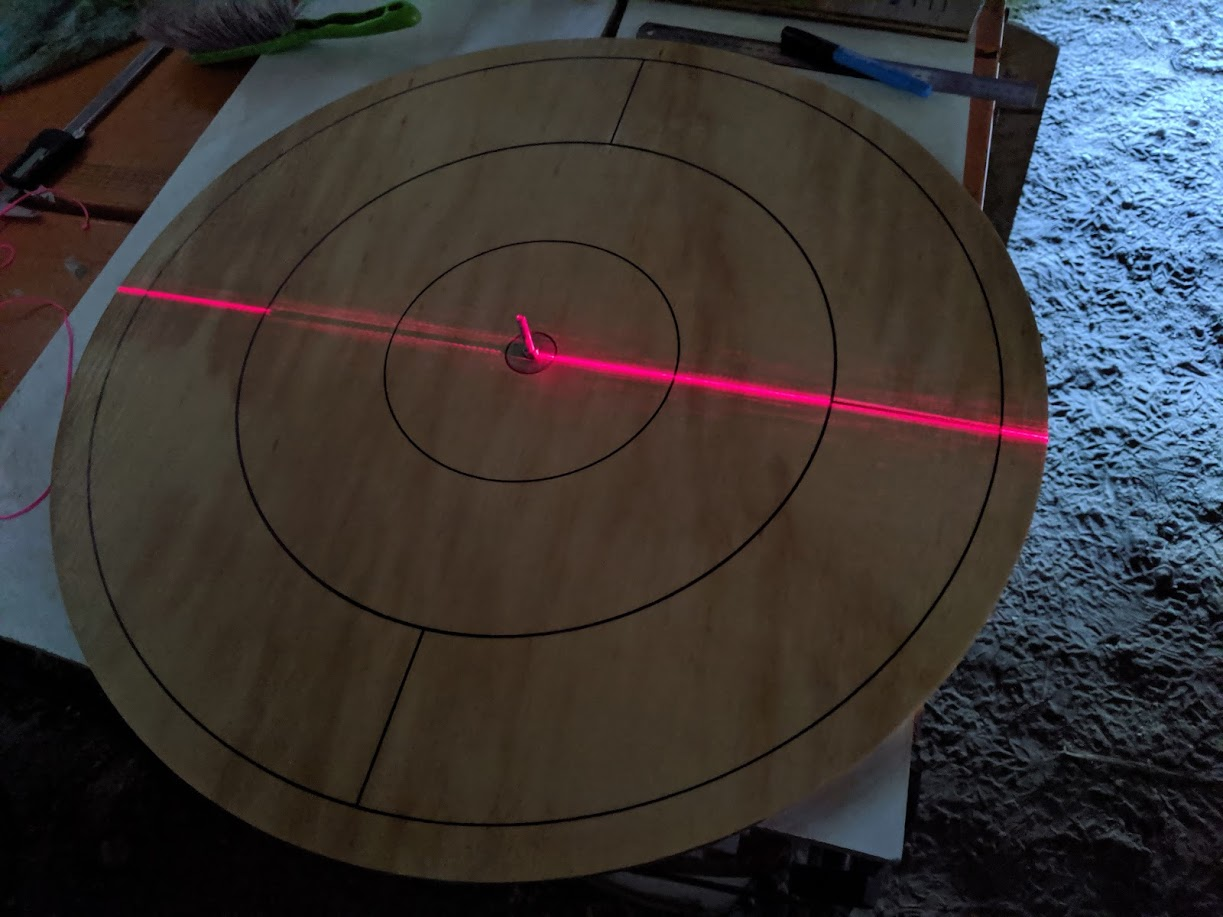 The beam looks much wider in this picture than in reality. Note the shadow of the post lining up with the beam. 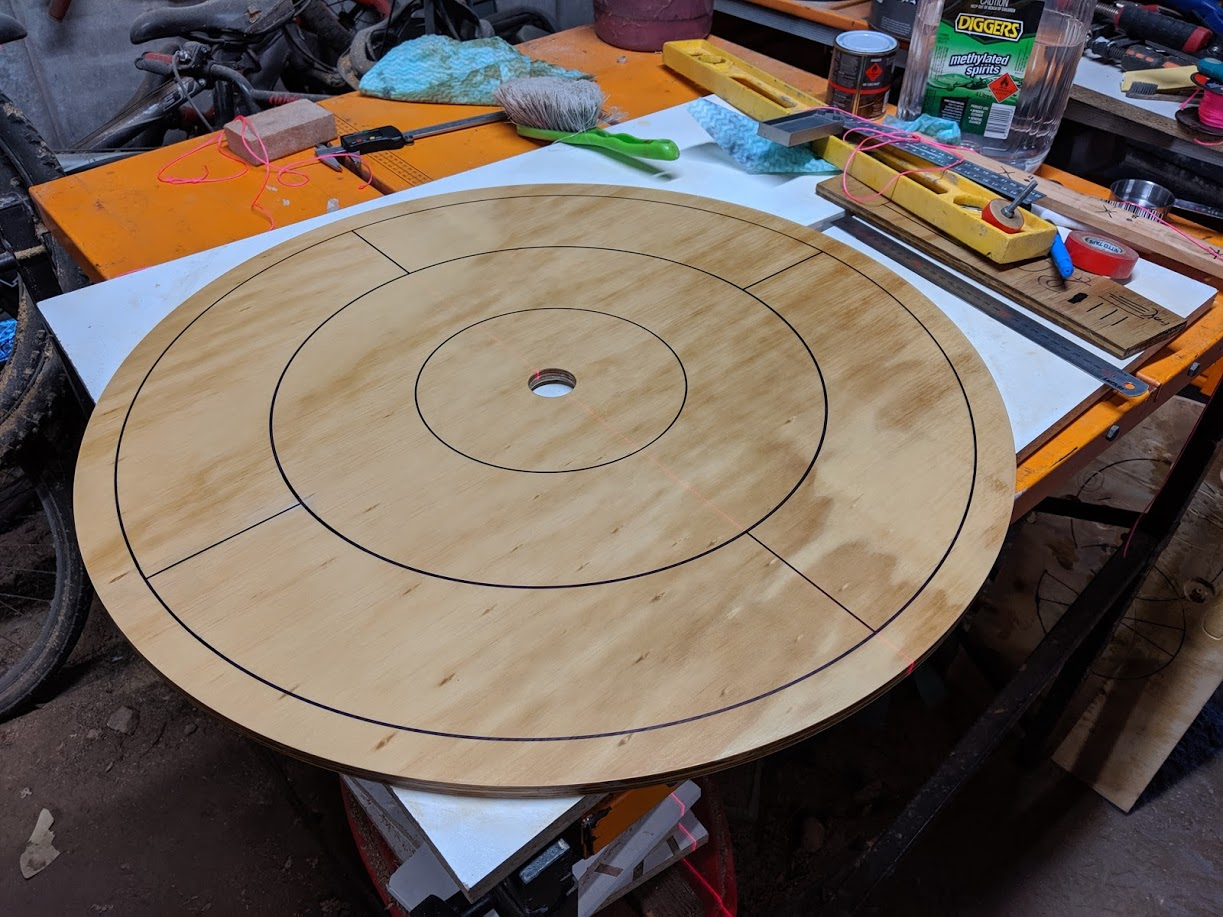 I had one snafu. I'd done some test lines on a varnished piece of scrap to check the amount of pressure required to get the width I wanted, and the like. However when I drew the second straight line on the final surface I must've pushed the tip against the ruler too hard and capillary action drew the ink under the ruler and splotched the surface. I had a small jar of methylated spirits and some clean rags nearby for just this eventuality. I cleaned up the blotches, sanded back the affected varnish, and re-marked the lines. It was a terrifying few moments but I think the result is still good. 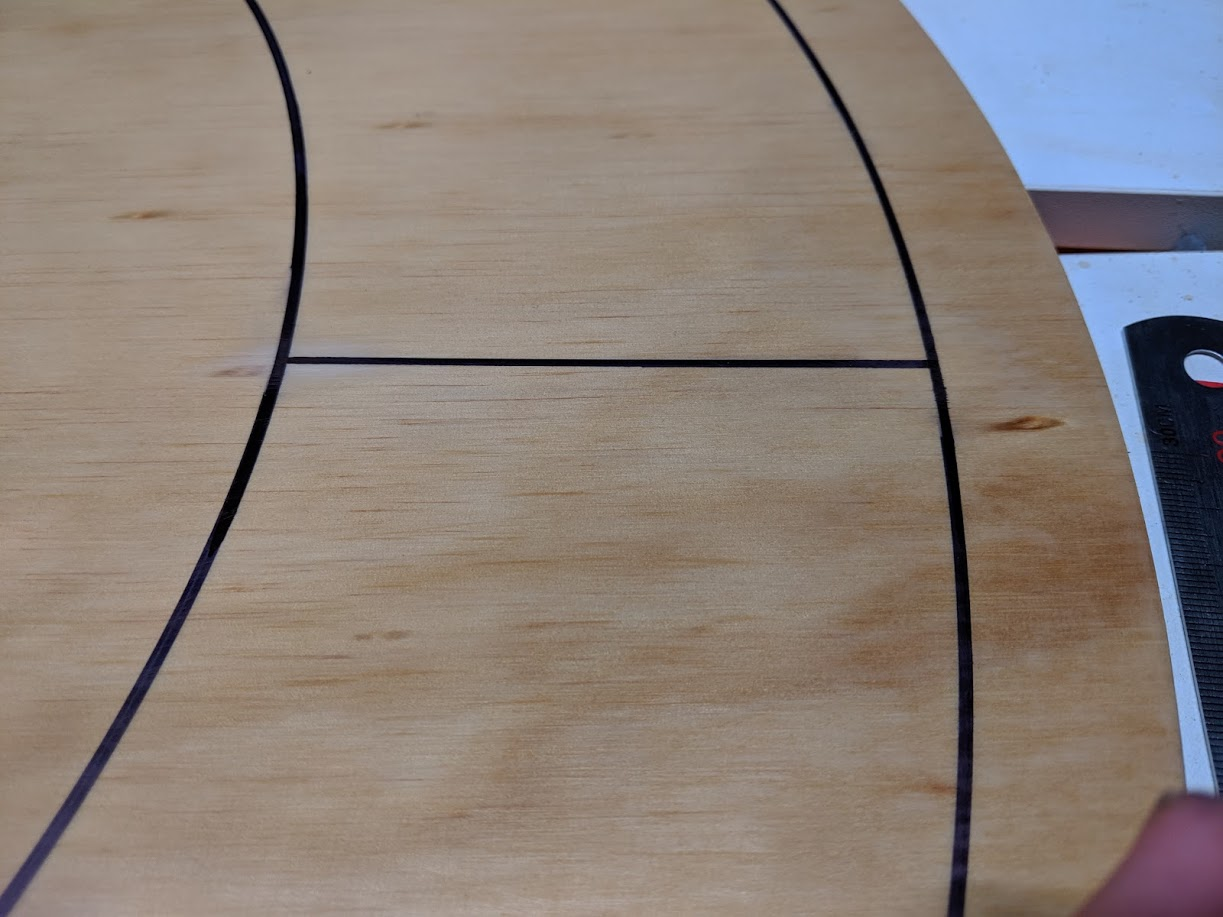 I'll apply a layer of varnish to this and see how it looks. I may consider re-marking the lines to make them a bit darker if necessary.