I broke out my favourite CAD tool: OpenSCAD and wrote a bunch of code. I found an openscad library on Thingiverse that can generate GT2 pulleys. My belts aren't quite GT2, but they're close enough.

I decided on 8mm shafts because I have a large number of 608 bearings, and they have an 8mm ID. I sized the pulleys to get the required spacing between the stepper shafts and the first axis shaft, around 27mm OD, which works out to a tooth count of 44. The stepper pulleys have 20 teeth. I made the holes for the stepper motor mounts slotted to allow for tensioning the belts. I did the same for arm 1.

It was a bit of a challenge to design the bottom bearing holder. I can't use the bolts holding the stepper together to mount the bottom plate, since removing bolts from a stepper is generally a bad idea. It's important that the bearing be in the correct place as that determines the belt tension. I ended up making a piece that fits between my steppers with my belt tension. Not ideal, but perfect is the enemy of done. 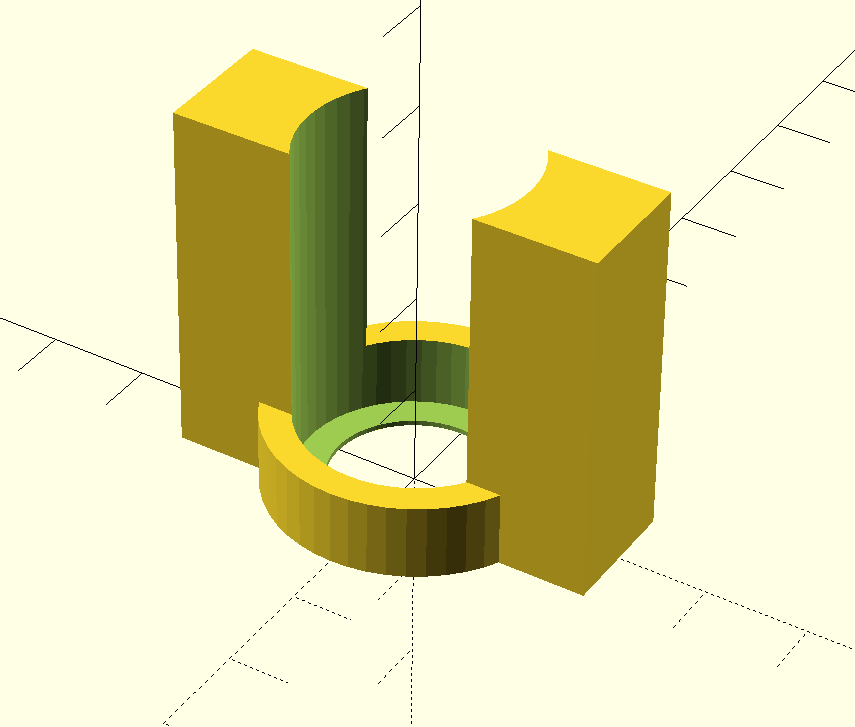 This fits between the steppers to hold the bottom bearing in place. The steppers are clamped together by a cable tie.

The steppers mount to this, retaining a bearing in the centre. 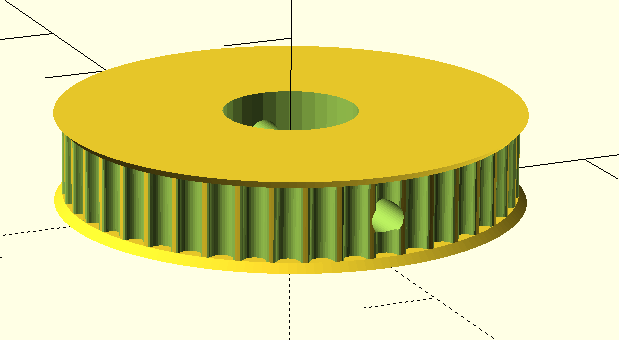 This is pinned to shaft 1 and driven by a stepper via a belt. 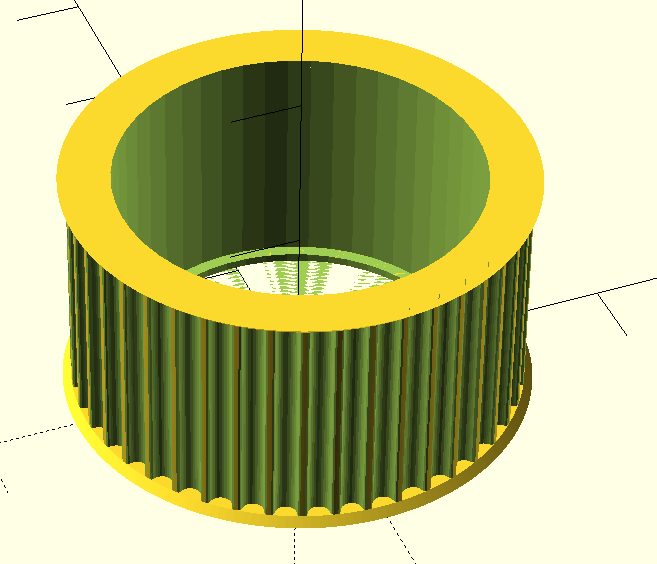 This holds two bearings and sits next on the shaft above the shaft 1 drive pulley. It is driven by the other stepper and drives the shaft 2 driven pulley.

The smaller hole is pinned to shaft 1. Two bearings are retained in the big end to hold shaft 2. 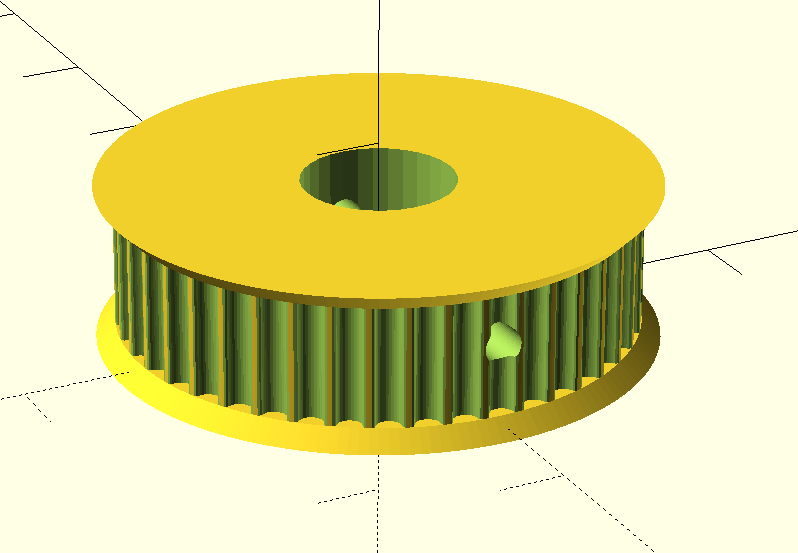 Pinned to shaft 2 underneath arm 1. Slightly taller than the shaft 1 drive pulley to allow for a wider belt.

Pinned to shaft 2 above arm 1. 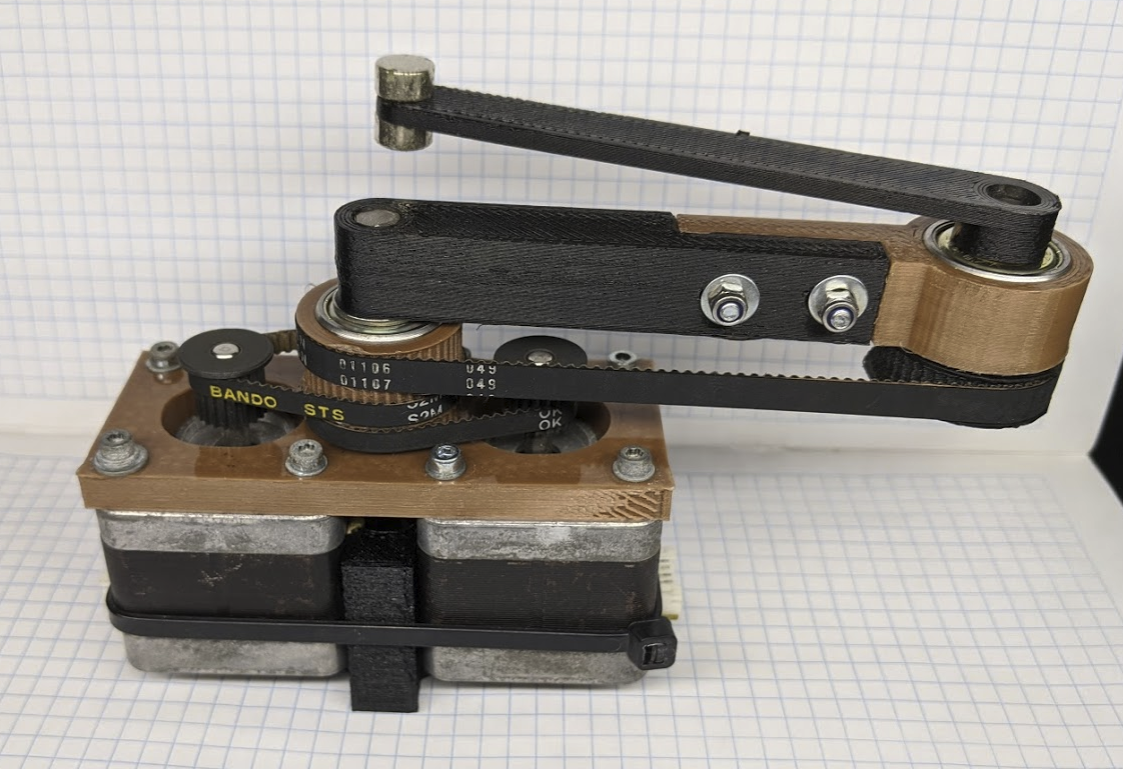 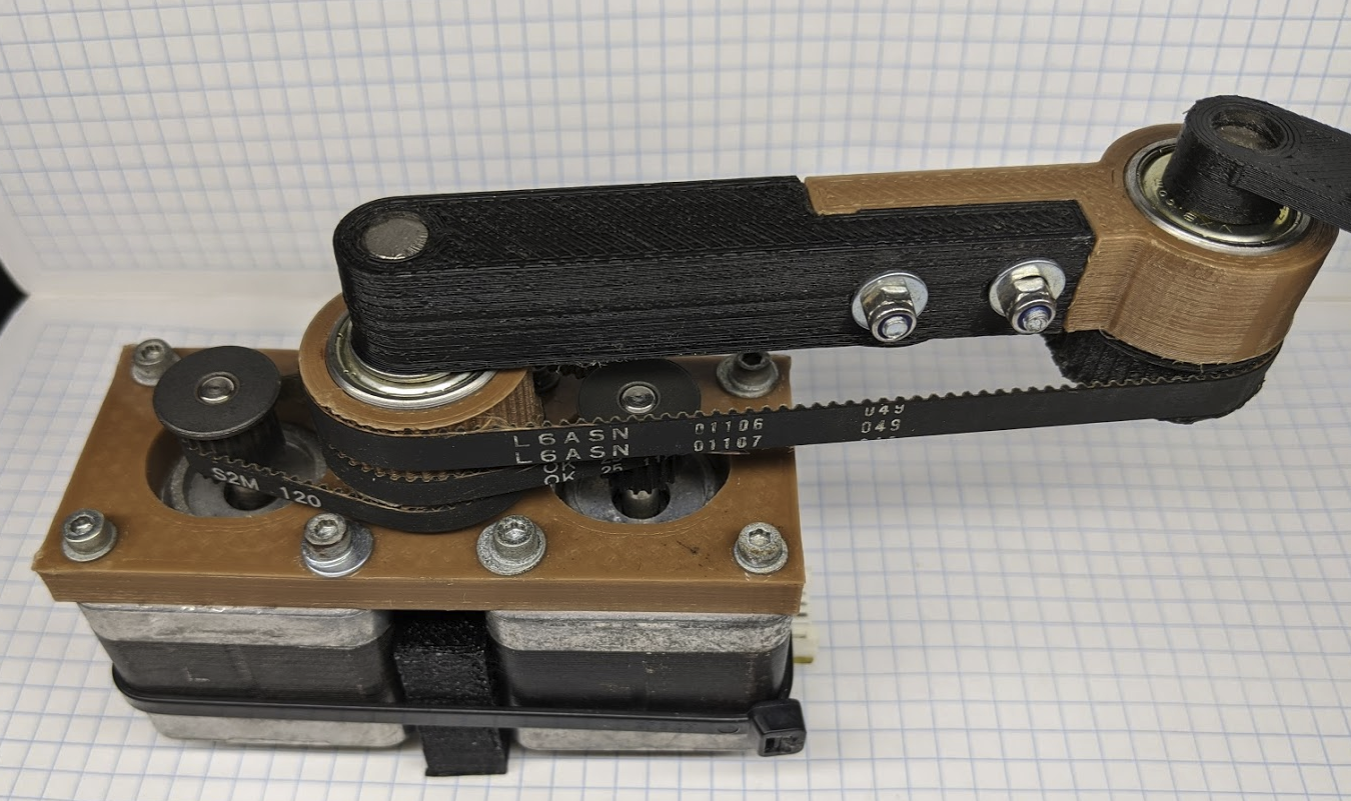 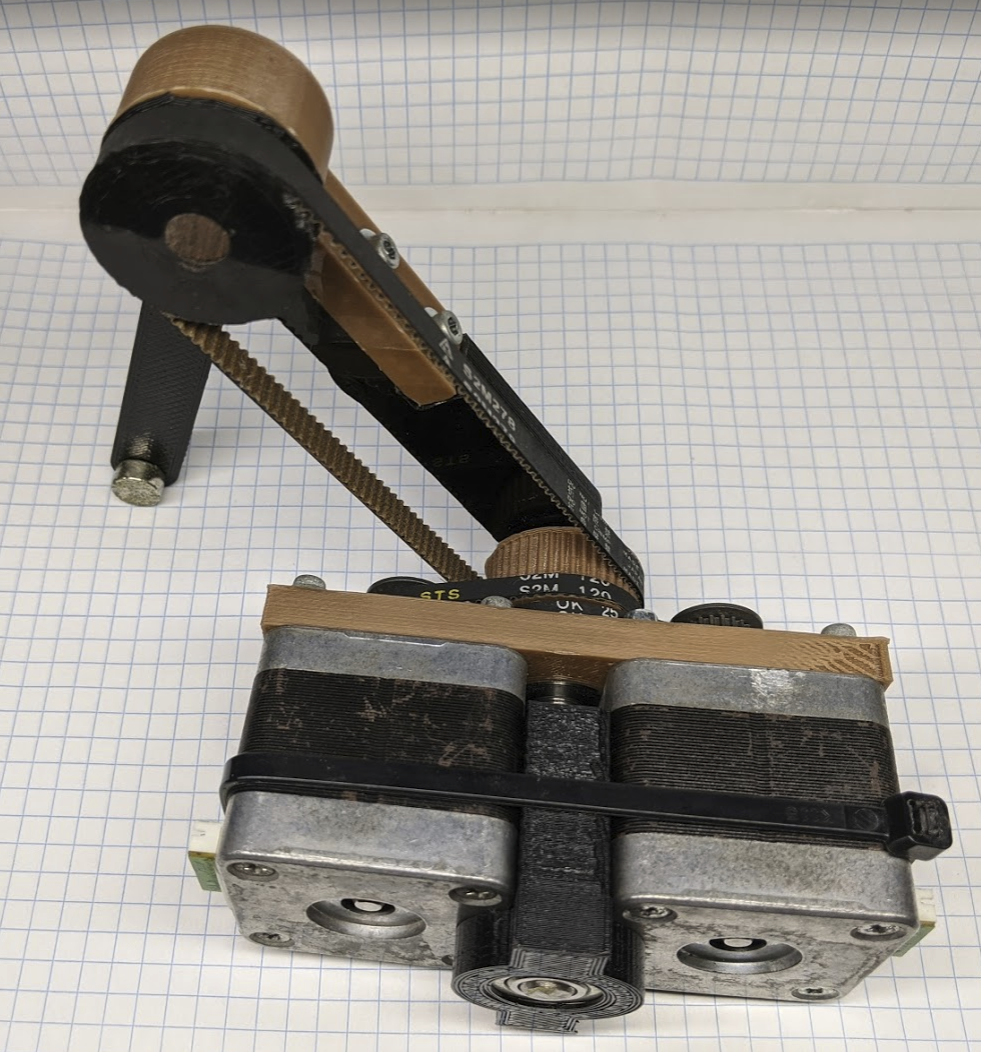 If I were ordering these parts for a build I would order at least 20% extra, especially the washers. They're cheap